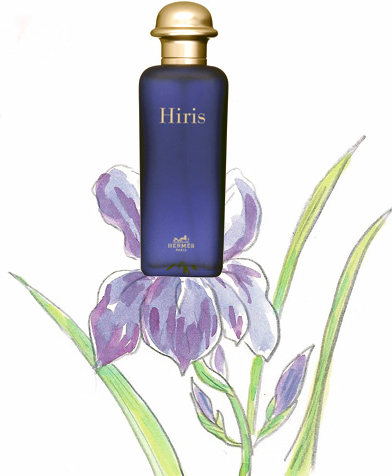 In 1997 Jean-Louis Dumas wanted to relaunch the Hermès house on the catwalks by chosing Martin Margiela as creative director. Martin Margiela's sharp and tactile elegance focusing more on cuts and fabrics rather than on decorations now needed an olfactory equivalent. In 1999 they decided to collaborate with a young perfumer which name was already known for creations for Dyptique, Guerlain and L'Artisan Parfumeur. Which material better than iris (another olimpic divinity) could conjure up a refined (veil, ermine) intellectual woman who's far from excesses and display (tennis court, to the lighthouse)? So Hiris is born, one of Olivia Giacobetti's most beautiful and misunderstood creations, a fruity-aromatic iris, a muted floral (silent white peacock, white sculpture in a garden, Silence) melting with the smell of a vicuña dress just out of the dry cleaner's (linen shirt, tennis outfit).
Bravo, all of you got its clean opaque surface revealing a misty hortus conclusus with iris, vegetables and violets.

Giampaolo Jicky Baldoni
This fragrance to me represents the silence of people having much to say but not daring to say things they can't confess because they don't want to expose themselves to the world because of modesty, pride or cowardice. 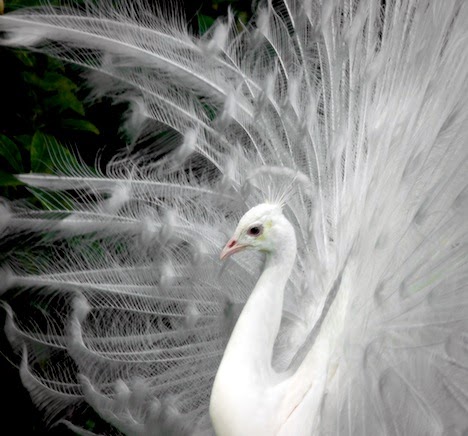 Goldenswallow
I'd say this fragrance is a daydream of innocence, of an outdoors escape, of a woman that fighted for her independence. At first luminous and light thanks to gentle citrus and powdery notes, after some time it reveals shady depths and grassy, humid gorges (I barely detect a green, crisp jasmin).
Malefic Blonde
The feeling I have is that of a unisex "eau de sport", fresh and not particularly sophisticated that makes you feel well and clean. I can feel citrus notes like the inner peel of lemon, the white bitter part of it. Then there are green aromatic notes like heather, moor herbs, a slight celery note, crisp green sweet pepper and a sugary dash of iris powder but everything is watered down like in a dirty iced glass box. I got also a soft new raw leather note followed by white musks in the base, luminous and masculine.
R. P. Dario
It's a light intriguing fragrance with a masculine character. On paper it opens slightly aromatic with a flowing freshness. Then there's a detectable creamyness, not opulent but discrete with some woods, maybe sandalwood. On my skin this creamy note gets warmer yet staying still faint. It's a light yet wicked skin scent that slowly grows on you like a subtle aura. It's not exactly my cup of tea but after wearing it for some time I must admit its creamyness won me: the scented veil it leaves on skin is teasing.
<Blind Sniff Roulette #2> <Blind Sniff Roulette #3>