Smell 2012: Michel Roudnitska to the essence of essences 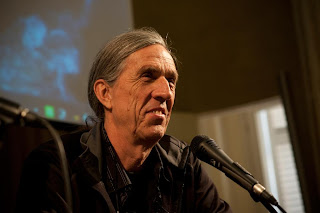 Before this edition of Smell, I knew Michel Roudnitska just virtually. Thanks to his great communication skills, in the social networks era I was anyway able during these years to enjoy his aestetic vision and his love for nature. Thanks to Frédéric Malle I was able to enjoy him as a perfumer through Noir Epices, an ineffable, evocative and powerful masterpiece.
Of course his acquaitance passed also by that surname so eminent for a perfume lover: his father Edmond, visionary innovator, contributed to trace the rules of comtemporary perfumery. Nevertheless when you grow up close to the sun is difficult to shine on your own, so I was really curious to meet Michel in person to understand what has been his life and artistic path.

Just right during Smell 2012 I had the chance to meet him and the thing that instantly strikes you about him is the lanky, looselimbed figure and the thin face. I had the impression of a discrete shyness hiding an uncommon kindness and humanity. So Michel exposed in more than one hour his human and professional growth starting from the childhood years in Cabris, magic places of Art et Parfum wanted by Thérèse and Edmond that in 1947 wrote "I'll make the stones bloom and the birds sing". Michel inherited it and developed it into a place where independent noses like Bertrand Duchaufour, Sandrine Videault and many others can freely express themselves but where fragrances are produced also. Moreover his love for nature and admiration for populations who live in harmony with it pushed him first to move to Tahiti for long time working as a photographer and graphic designer and more recently to start an initiatory path, helping also the tribes of the peruvian forest. From this encounter where the traditional french perfumery meets the shamanic medicine, joined with the marriage, also artistic with his partner the philosopher and therapist Paule Salomon, a new innovatory approach to essences has born.

If the lesson Edmond Roudnitska left us is all about rigour and impact, while Jean-Claude Ellena is the greatest heir to the minimalistic form, Michel Roudnitska is the same to substance for his way to connect the essence with its ancestral ritual and healing function. Nevertheless, being a pioneer of olfactory performances has allowed Michel to understand how imagins, shape, rithm, music and essences play in stirring up emotions while adding the artistic touch. These experience has led him to develop a real method to recover the lost inner balance thanks to olfaction: essences are just a revelator of our ego and each one we find unpleasant reveals an emotional block. Leveraging on this and using stimuli and relaxing techniques, it is possible to get back inner and onfactory harmony. 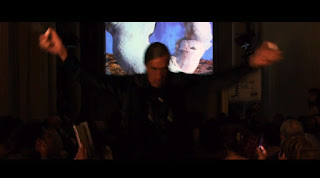 As Michel was speaking we had the chance to smell some of his creations, starting from Noir Epices passing by Parfums DelRae Emotionelle, with a crispy Cavaillon mellon accord and my favourite, Bois de Paradis with its naive sensuality. Also Shiloh by Hors la Monde, a scent Michel composed for himself was very interesting and striked me for the bright rose accord close to the one empowering Noir Epices but cleansed by the desert sand and the shining spices armour. Michel also intruduced his first shamanic scent named Miwahïmoon, concocted in collaboration with the shaman Blue Eagle and created to sanitize air in hospitals. The final performance was touching: an ipnotic sequence of sounds, colors and geometries inspired by olfactory shapes and by the native american traditions during which Michel hovered embracing the pubblic like an eagle with open wings, sprays on his hands, diffusing a peaceful aromatic green aura.