Blind Sniff Roulette #3: By Kilian In the City of Sin 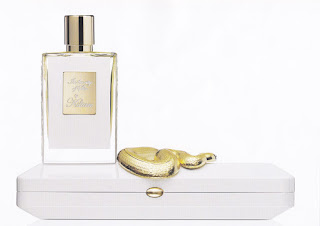 First it was Femme with its warm cumin base, then methyl diantilis conjuring up the medicinal smell of clove and now surprise. Maybe you didn't realize that, but the guiding thread for this year's edition was spices, so I wanted to close it with something teasing. In fact what you smelled is the upcoming In the City of Sin, the lastest creation Calice Becker did for the new By Kilian collection In the Garden of Good and Evil. This first chapter, the most unisex one, is described as the entrance of the garden of Eden, an inviting landscape with bright bergamot, rose and fruity notes joined by mysterious details given by the spicy load of cinnamon and cardamom and a touch of incense. I totally agree with your sensations: it's a highly diffusive fragrance (typical from Mrs. Becker) mixing a bright, clean, bon chic surface (white sheets, summer dresses, Delano Hotel, High End Malls) together with something intriguing (Brian Ferry, lipstick, bright pink, spy story). Kilian doesn't let us in front of the dirtiest perdition: we're just at a cocktail party at sunset with patinated lustful atmospheres, just right before the night falls on this town's privite vices. And not let's go with your answers!

Alberto
Among the three fragrances this is the most modern one. Topnotes are fruity, slightly acid and sparkling enough to recall me fizzy lemon drops. It has great lasting power and nice projection. Through the basenotes you can detect the rose giving it a lipstick-like facet with woody notes balancing it. I think it's perfect for a party at the Delano Hotel in Miami. 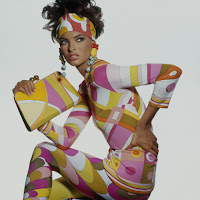 Andrea S
This perfume is a bit redolent of #2 for its pale colour and its gentleness. It's a clean, slightly soapy scent, but in a good way. It's not as creamy, soft and snuggly as #2 though. 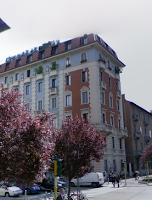 Bettina
The third one seems quite modern so I guess it's not a vintage. It opens bright with a fruity touch, then it grows into a floral with a slight soapyness to my nose.

Marcopietro
I tried it directly on the skin. I had the immediate pleasant sensation of a well balanced and comforting scent. I got memories of masculine classics, aromatic woods and tradition, a fragrance suitable for people with a strong personality. British-style understated but not too serious, it has energy and even a touch of humor. I'm not that good at picking notes in a perfume, but I can guess it's a mix between a traditional cologne and a sweet fougère. Maybe it has angelica or other aromatic notes like mugwort, juniper, some spices, a vetiver base and leather notes. Perhaps there's some mossy molecule recalling green and woody aspects? Anyway I like it and I'd wear it without reserve.
Ninù
This fragrance brought me back to when I was a teenager. It's a bright enveloping fragrance that makes you feel comfortable with it. It grows with no roughness, no bad surprises, you can trust it. Good presence. Magnificent.
<Blind Sniff Roulette #1> <Blind Sniff Roulette #2>