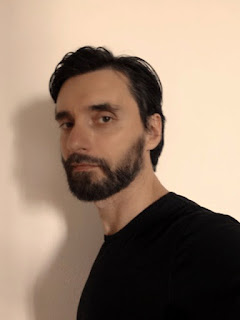 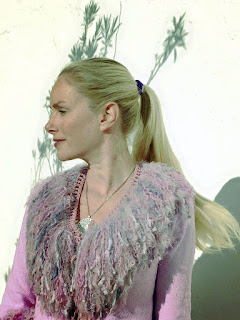 Tanja Bochnig, third in the list with PINK WOOD - PINK W(OUD) is born in Germany and has worked overseas for more than twenty years during which she discovered the healing power of essential oils. After sturying aromatherapy, botany and natural perfumery with renowned perfumers, she launched her line of organic perfumes and cosmetics to preserve all of these impressions and emotions – April Aromatics.
Tanja is also a professional licensed yoga teacher and the originator of Aromayoga®. She believes in the power of nature and follows a holistic lifestyle. About her fragrances she sais: "It is my passion to create beautiful smelling botanical perfumes and to share the healing power of nature with the world".


E: What's the perfume you wish you created (from every era) and why?
T: I cannot really answer it as I do not have this wish. There isn’t a perfume that I wish I created. I feel that perfumers has and should have their own way of expressing themselves in creating scent. My way is in the most natural realistic way. And this kind perfume… I have not smelled yet made by someone else. Only from the pure flowers themselves, if this makes some sense.


E: How do you see perfumery and people's approach to smell in the future?
T: Of course I envision a future full of naturals, more natural perfumes and a world healed through the plant life. I feel that people are more and more open to natural perfumery, as the consciousness of the earth is constantly rising and thus people are opening themselves up more to sth greater than themselves…

On the other hand there will always be diversities and this is a good thing…so I feel that both ways of scent expression will always be present: natural and synthetic…non is better than the other…its just a personal choice. 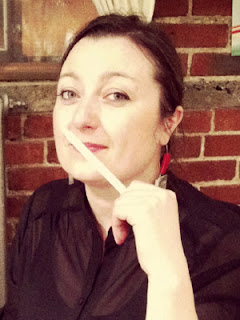 Léa Hiram, fourth in the list with LIGHT'IN THE ROOTS is attracted by the relationship between art and perfume, culture and smell and believes in the education of our sense of smell throughout all kind of arts. She defines herself as a multidisciplinary exploratory of smell and fragrances and in 2000 she left to Canada to study the olfactive culture among the Inuit for her degree thesis. After various experiences in sensorial anthropology, ten years later she moved back to France to get her degree from the Grasse Institute of Perfumery. Working as a perfumer and evaluator, she understood this didn't really fit her idea of perfume as an art, so she started working on creating a brand in the near future.


E: What's the perfume you wish you created (from every era) and why?

L: Well, there are so many...! Fracas, Féminité du bois, Diorella, Cabochard are beautiful... But I also love the idea of abstraction in a perfume, the perfumer being an artist of illusion, as M. Jean-Claude Ellena did for its Eau parfumée au thé vert of Bulgari. This time he created a new note in perfumery, the tea one, but with no tea in it.

E: How do you see perfumery and people's approach to smell in the future?
L: I dream of a culture where smell will lead our feelings and understanding of the world, as in other cultures it already does. Smell are emotions. Behind our noses is a bottomless universe of wonderment, awareness, and memories. I believe and work everyday for an olfactive education of people towards a common langage, for an improvement of our quality of our lives. Kids should recognize a natural flavour of strawberry, as well as we could better use of nose for playing and cooking with spices. I see perfume as a whole artistic process, and hope it will be better recognized as such. Perfume will be inserted in everypart of our lives, and should be enhanced with other form of arts. Finally, as a perfumer, I believe with the Research and Development in the discovery of new extraction processes that create new smells for our palette, and specially with naturals. 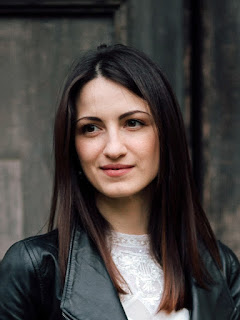 Valeria Sargu, fifth in the list with RACINES DANSEUSES has grown up in the countryside far from the city. Now she lives in Bologna where she studies at the University as an Herbalist. Attracted since ever by the smells of nature, only recently she realized she wants perfumery to be her job in the future. She dreams to be admitted to the ISIPCA in Versailles and meanwhile she studies french. Moreover she gained experience working in herbalist shops and studying the essential oils. She attended the Smell Atelier perfume composition classes and always plays with new accords.

E: What's the perfume you wish you created (from every era) and why?
V: Well, my firsr reply is - Chanel No. 5 - who woun't say he wish he had created that? That genius, never dared before, aldehydes overdose in a floral bouquet has made it a legendary perfume still able nowadays, after almost 100 years from its launch to drive everybody crazy..! But it's not the only one: another perfume I wish I created isFrançois Coty's La Rose Jacqueminot - an explosion of roses that made history getting the department stores in Paris nuts over it! Or again Guerlain's Jicky - a masterly combination of sparkling citrus notes and warm spices with the original addition of cumarine. All immortal perfumes who marked the start of a new era in perfumery.

E: How do you see perfumery and people's approach to smell in the future?
V: Concerning perfumery in the future, more than how I imagine it, it's my wish it will be recognized as a form of art like other artistic expressions and so made more accessible. As for the approach of people to smell, I hope they will be more aware, paying more attention to it.