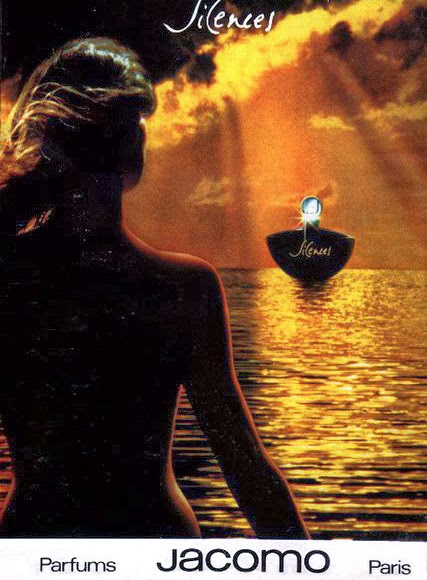 The last round of the Blind Sniff Roulette could be everything but a 1978's vintage that makes me unveil also the lead of this year's edition: iris. The third mystery scent hidden in an elegant black disk is Silences eau de toilette by Jacomo, iconic newyorkese store founded in the '60s by James Kaplan and Gerard Courtin. This green chypre concocted by Jean-Charles Niel (Magie Noire di Lancôme) and Yves Tanguy (Magie Noire, Anne Klein II) never happened to be hit in Italy maybe because of its connection (some of you got it right) with Chanel No. 19 and Balmain Vent Vert totally opposite to Opium's narcotic sillage broken out right before in 1977.
So Silences is a vibrant assertive fragrance with galbanum and hyacinth (All about Eve, Athena, D'Annunzio) suited for a discretely elegant woman, almost severe (Richard Neutra, trousers suit, noble garden, Laura, Audrey Hepburn) with an independent character (cat) where the precious iris (green velvet, peacock, golden bracelet, symphonic music) doesn't turn to No. 19 powdery leather but rather plays a minor key with dark earth giving off the smell of cypress, moss and roses in the rain (Rapsody in blue, La pioggia nel pineto). Nitro-musks slightly warm up the woody accord blowing a mystery sensual breeze (society parties, cello suite).
Silences has been relaunched in 2004 but the current fragrance has lost its androginous brightness falling victim to the relentless IFRA regulations and the mise au goût du jour (maybe they're two sides of the same scissors, aren't they?). Again bravo for being able to listen to what each fragrance whispers and thank you for playing together!

Giampaolo Jicky Baldoni
This third act of the Blind Sniff rises the curtain on a very refined fragrance as long lasting, prickly and heady as a rose. Light and shade live together sketching a strong independent woman. Powerful green notes, humid and sparkling (galbanum, aldehydes, vetiver?) together with a muted and discrete leather making the perfect base for various florals (jasmin, hyacinth?). The result is a highly realistic rose.
Goldenswallow
Among the three, this is the only fragrance I'd like to wear and that I'd call a true classic. Self-standing, it doesn't need affected chitchat, slideshows or imagery to deserve its own dignity. It is beautiful, balanced, tridimensional and skilfully structured and ads charm to its wearer. I already said everything about it, but since the game has its rules, let me go on.
Malefic Blonde
Galbanum, galbanum! Chypre, chypre! Guerlain style, Guerlain style! Smiling and guessing as I play the game, but these are my first impressions while smelling the third mystery scent. This is a scent to connoisseurs, a vintage or a work from a composer who likes a lot vintage atmospheres. It's not to my taste because it has a cruel touch keeping me away from it, I don't know why. Anyway I understand the beauty of this composition that's to my nose a nice mix of ethereal or even aquatic green notes, white flowers and sap, raindrenched mosses and shade with a dry footprint probably given by vetiver.
R. P. Dario
Refined, sharp, clean and at times soapy: these are some adjectives that describe well my experience with the Blind Sniff Roulette fragrances No. 3. While on the blotter it stays sharp, on skin it softens after half an hour, losing its strenght to morph into a soft inviting aura. I feel this perfume quite compelling and I can figure it worn by a severe classy woman who wants to impose her presence: the aura it develops surrounding her gives her self confidence and glamour. 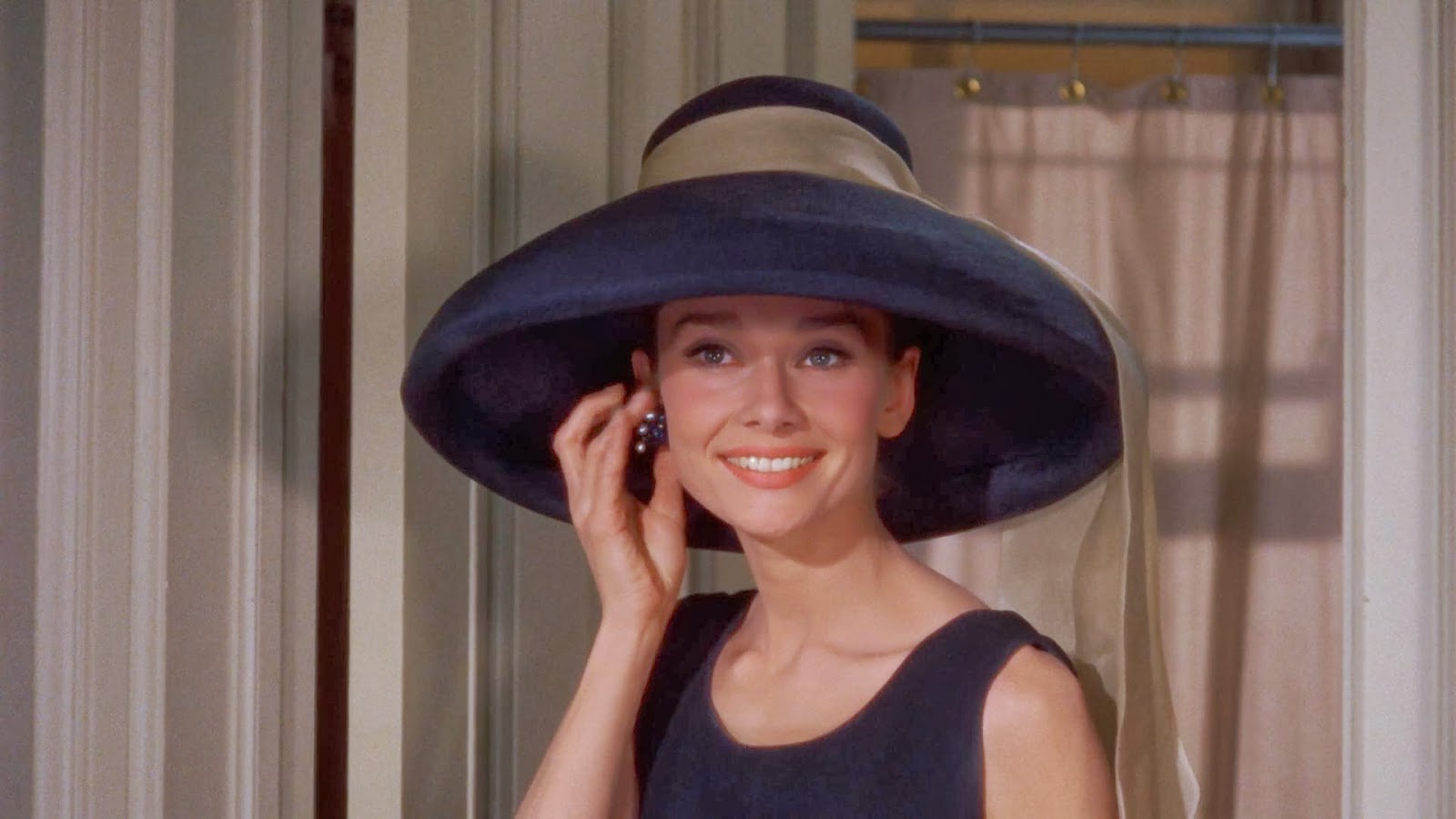 I am so happy to read blind thoughts form others on this ons. It is currently my go-to fragrance to feel happy and balanced. As much as I love Chanel No19, I find this more mature, darker and more detached. The vetiver-galbanum base is simply one of the best drydowns ever created IMHO. The overall style of the composition is unparalleled. Why, oh why, can't we get more green chypres in the market?

Hi memoryofscent,
so nice to read you! I'm really happy I have shared this long forgotten scent to make friends discover it. I share with you the love for No. 19 and Silences and despite I prefer the powdery amber in 19, I agree the colder moist base of Silences is great and makes Silences a different juice standing on its own. And yes, I'm always crossing fingers to see more and more green chypres like this but you know these are hard times for chypre lovers heh... ;)