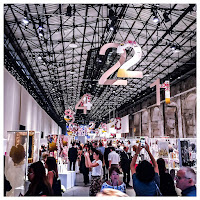 The 14th edition of Fragranze will be remembered for Numbers & Flowers, but also for electric fans and ice cream as the end of summer heat literally melted all attendees at the Leopolda Station. Fans were lit everywhere, perfumes floating wafting around all. But with so many new launches and new brands, it wasn’t an easy task to smell them all. I did the best I could and may have missed a few. As the scent wafted, I was led by my nose to pick the Best of the show.
So here we go with the personal selection in alphabetical order also published on Cafleurebon. 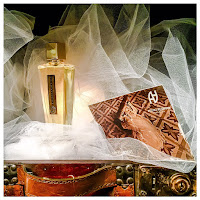 Antonio Alessandria
As always Antonio’s inspiration is deeply rooted in beautiful Sicilia and here it offers the chance to give a new take on the neroli/orange blossom theme. Eperdument edp is the freshest offer from the line but a clever aromatic-salty breeze backed by a touch of tuberose keeps it sophisticated yet naughty enough, true to Alessandria’s dazzling signature. 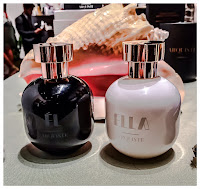 Arquiste
“We aren’t always grey and unisex, we can be black and white, male and female. So I felt inspired to portray a man and a woman in Acapulco” says Carlos Huber to my question about why a specific masculine and feminine introduction to the line. Then he shown me inspirations of Glam Clubs, Halstonettes and Mexican beaches. ÉL and ELLA edp encapsulate some major trends right now: lavender, florals and 1970s. I particularly enjoyed ÉL, a hairy-chested fougère that opens with beautiful lavender and geranium on top; Rodrigo Flores-Roux's skill made it brighter and a tad more floral than its ancestors like Paco Rabanne pour homme keeping it really current. 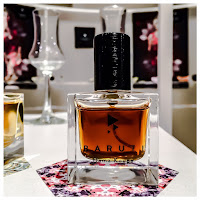 Baruti
The Queen of hearts is cruel in Wonderland but in Perfumeland she’s a beautiful girl engaging your senses with iris and liqueurs. Dama Koupa means Queen of hearts in greek and was created by Spyros Drosopoulos for his fiancée. The juice is a lovely perfume hiding behind macaron porcelain sweetness all the violet, green, yeast and cocoa powder facets of orris root. A slightly animalic ambery liqueur of beeswax and fir balsam makes it heady and glues it to the skin for ages. Together with Tinder this goes straight in my top favs from the line. 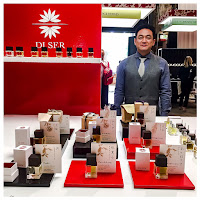 DI SER
The revelation of Pitti Fragranze for me was the Hokkaido based company DI SER (which means something you can sense but you can't see). Founded in 1999 as a pharmaceutical and cosmeceutical producer, they later started to create fragrances focusing on typical Japanese perfumery raw materials: shiso, yuzu, hinoki, and agarwood. I was highly impressed by Hasunoito (lotus flower stem), a stunning pure perfume featuring a floral heart of delicate rosa rugosa and hypnotic boronia over a utterly chic savoury chypre base I thought contained algae absolute. Perfumer Yasuyuki Shinohara explained to me it’s because of a special salty agarwood quality, which makes it so much more interesting. I hope to see this soon on the shelves in Europe as my sample is almost over and Japan is so far away. 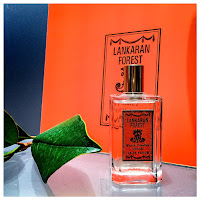 Maria Candida Gentile
Citrus has never disappeared actually but in a long run of thick ambers, Ouds and gourmands, they were laying in the shade. Now they seem to be back in the radar and Lankaran Forest edp is a bright example. Since the opening a glorious, tangy sweet orange shines. The heart gets fruitier, backed by the balmy greeness of fir, salty woods and a pinch of smoked black tea. I’ve never been to Azerbaijian but a russian woman who was sharing my paper blotter was impressed by the salty trail that took us straight to Caspian sea coast. I think Azerbaijian Tourism Office should hire Maria Candida Gentile as she created an impressive olfactory advertising.