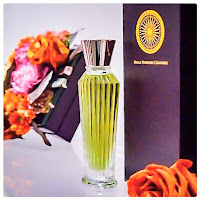 Neela Vermeire Creations
Inspired by the first explorers starting trades between India and France during Louis XIV kingdom, Rahele edp is the new gem born from the collaboration between Neela Vermeire and master perfumer Bertrand Duchaufour and is more Western influenced than past NVC scents. It immediately beguiles with a luminous citrus opening that brings out the milk-dashed green tea facets of osmanthus, the blooming pillar of the perfume that reinterprets another 1970s classic theme. The base is smooth, dusted by baroque make-up hints of cinnamon and violet giving way to silky chypre accord making me think of apricot tinged saris in wooden cases ready to be shipped to the old world. 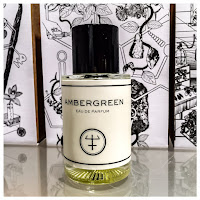 Oliver & Co.
Over the past few years green notes have made a huge comeback but they’re really difficult to work with and even more so to reinvent. Oliver Valverde provided with AMBERGREEN edp one of the most creative green perfumes lately blending a full bunch of aromatic plants just picked from the backyard. There’s spicy coriander, almost floral basil, crunchy celery (another ‘70s long lost note) and the vitaminic fruitiness of carrots over a sunkissed amber. It’s the smell of summer in a farm’s kitchen: think of freshly washed vegetables over a blue-white check table cloth. Almost a green gourmand, it’s so exhilarating we can forgive a little roughness. 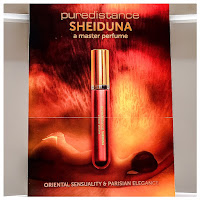 Puredistance
Strongly connected with eastern femininity (She, Sheika), desert warmth (dunes) and seduction, Sheiduna parfum plays uniquely in the safe territory of enveloping sweet ambers. Pulpy citrus, beautiful jammy roses verging it to a classy floriental, dates and dried fruits, just a hint of spices and of course a full bodied ambery trail. Everything you expect in the menu is here, but mastered so flawlessly by Cécile Zarokian (who already gave us more than a winner speaking of big ambers) to make it worth joining the Puredistance line as their first oriental. 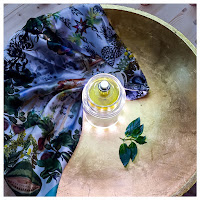 Richard Lüscher Britos
Last year in Florence,  Serena Britos showed me a mod, speaking about the nana mint from Morocco and saying they were working on it with perfumer Delphine Thierry. Meanwhile she had a baby (congratulations!), so this time it was her sister Ludmilla showing me the final result. 32 N 08 E Terroir de Marrakech natural perfume explores the sweet, peppery and floral freshness of nana mint in the context of a green tea base. The surprise is the watermelon accord adding a cheerful juiciness in the midst: it’s incredible what new technology in extracting naturals can do compared  to the past and M.me Thierry cleverly took advantage of this to send you straight to the Medina. 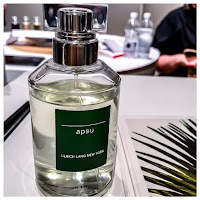 Ulrich Lang New York
Referring to ancient Babylonian sacred waters from underground, APSU edp is the latest beautiful addition from Ulrich Lang. Thanks to some beautiful captives from Firmenich, Apsu renders a lush vegetation with mystery flowers and fruits all drenched in a subtle mist. As I sprayed, I was immediately brought back to the Kew Gardens, with giant tropical strelizia, dewy leaves and light breaking through the Palm House. It’s an exotic beauty, but also a very modern one, like a Eden garden for A XXI century Adam and Eve rather than a wild rainforest. Why not dare to pick the forbidden fruit and get a bottle! 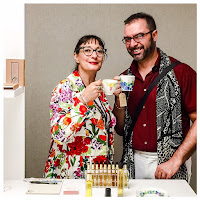 4160 TUESDAYS / Zoologist
Honroable mention goes to 4160 TUESDAYS’s founder Sarah McCartney. Dressed in a flowerpower colorful coat, red lips and British cheekiness, she totally rocked the show looking like an adorable Alice in Wonderland at a Mad Tea Party where you could sip perfumes from odd teacups. She showed me her own line, and then Sarah led me to smell the upcoming Zoologist perfume Macaque which is a big thumbs up. Think everything monkeys in a zen temple would love: apples, incense, honey, tea… so offbeat but so good. 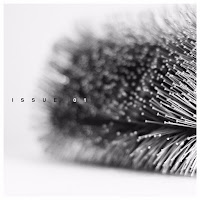 One of Those
Another honorable mention goes to Issue 01, the artistic project, one of those launched one year ago at Pitti now summed up in a stunning publication. Issue 01 collects a series of collaborations with artists, influencers and simple perfume lovers play with the iconic polystyrene block. Like a scrapbook, inspiring notes face the pureness of art director Francesca Gotti’s shots capturing the works of Milena Altini, Aron Demetz, Giulia Marchi, Mustafa Sabbagh and others. If perfume is the 8th art, it’s always good to see perfume that speaks to other arts! 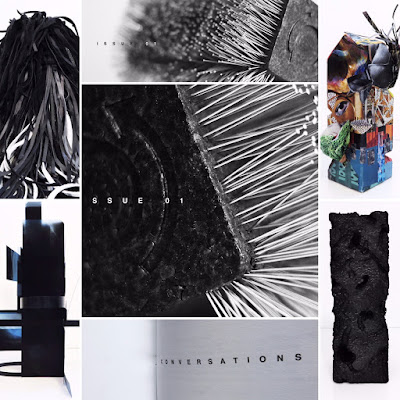