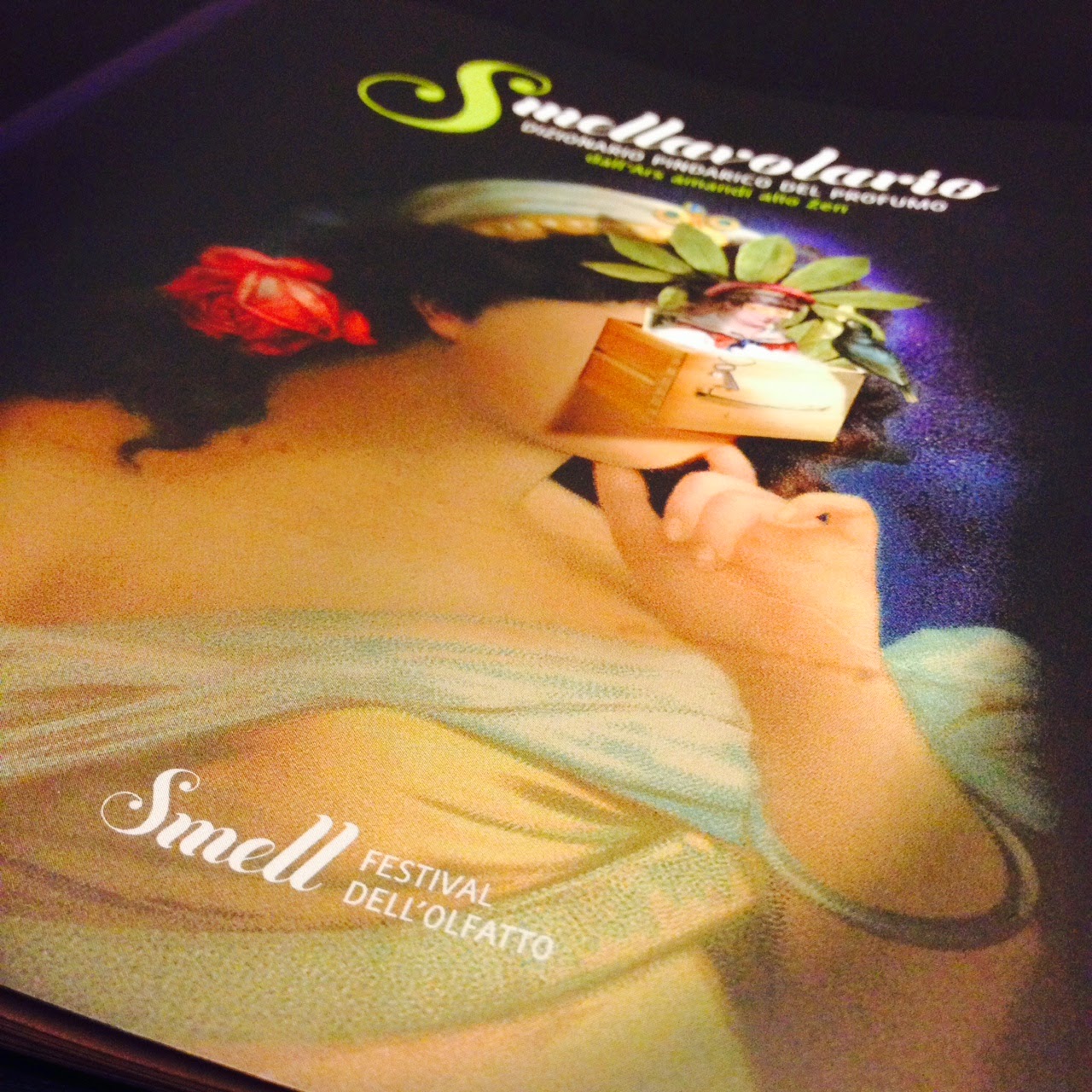 Waiting to tell you more about the 2014 edition of Smell Festival dell'Olfatto just ended a few weeks ago in Bologna, let me tease your appetite sweeping the pages of the Smellavolario, the pindaric dictionary of perfume born from the imagination of Francesca Faruolo that as an instable molecule, is always in turmoil, ready to pleasantly react to stimuli.
Like finger food for mind and nose, I thought to offer you small quotes that struck me from various authors among which Bernard Bouorgeois, Christophe Laudamiel, Michel Roudnitska and others who joined this project.

"Smelling different odours, even stinky, through the challenge to push themselves beyond during the exploration, they learn to constantly check their limits and open up to the idea of a greater and more varied world"
Children - Clara Cavinato

"A well trained pubblic makes a great difference. With these requirements, the perfumer can really focus on his style without taking care of standard models"
Copyright - Christophe Laudamiel

"I prefer to take my inspiration from the smell of a rose petal rather than the smell of rose absolute, no matter how beautiful it is"
Eden - Michel Roudnitska

"Nowadays hand made in perfumery can be resumed, in my opinion, in the drawing up of a perfumer's recipe of his blend"
Hand made - Roberto Dario

"Luxuty is the stillness of pleasure and a state of being. It expresses the art of living, the aim to a better living"
Luxury - Bernard Bourgeois

"As soon as we get more and more sensitive to smells, we realize we are able to perceive smells with the nose of mind too"
Dreams - Francesca Faruolo

"When we study plants used in rituals, sooner or later some aromatic plant pops out carrying us elsewhere, namely to an intermediate zone among the uman being and the divine"
Trance - Gianni De Martino

"If there's a relation among Zen and perfume, this is maybe the relation that exist amond a stone and the river"
Zen - Antonio Gardoni

Smellavolario is available (in italian only) and people interested can send requests to info@smellfestival.it