A toast for Fragrances of the World: interview with Michael Edwards (1) 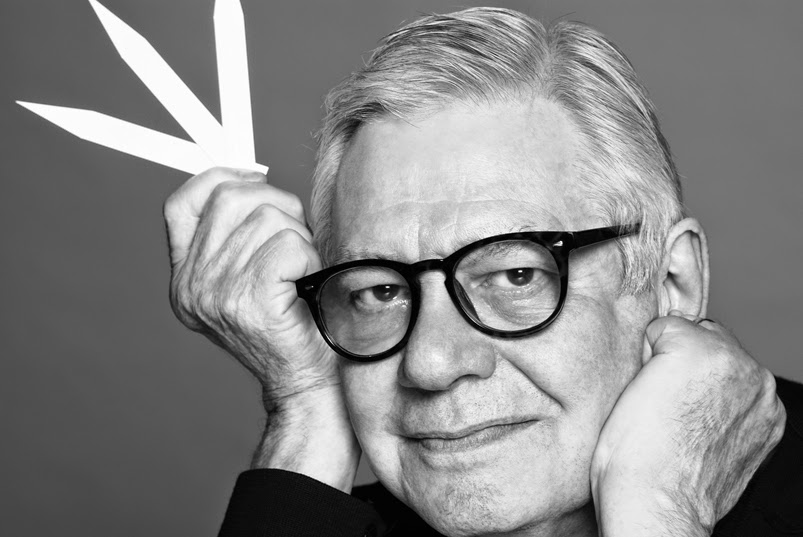 For perfume aficionados there's no need to introduce Michael Edwards. His wide knowledge and his stories about legendary personalities in the perfume industry he met during his career are enough to say he's almost a legend himself. What strikes you talking to him are his elegance and cordiality and the generosity in sharing his passion. He's also become a regular guest at Esxence, so I thought what a better way to celebrate his Fragrances of the World 30th birthday than asking him for an interview? After attending the tribute to Sandrine Videault where he shared a touching overview about her career and persona, he's been so kind to accept my invitation. There's no need to say I go nuts for his british accent, so you can guess I didn't miss a word from his mouth.

E: When you started your work with Fragrances of the World in 1984, the perfume world was quite different. There were like 50 launches per year, now we have some hundred summing up commercials and niche perfumery. Let’s say I showed you my new perfume at the last Esxence, what stages does my new launch go through before it is listed? 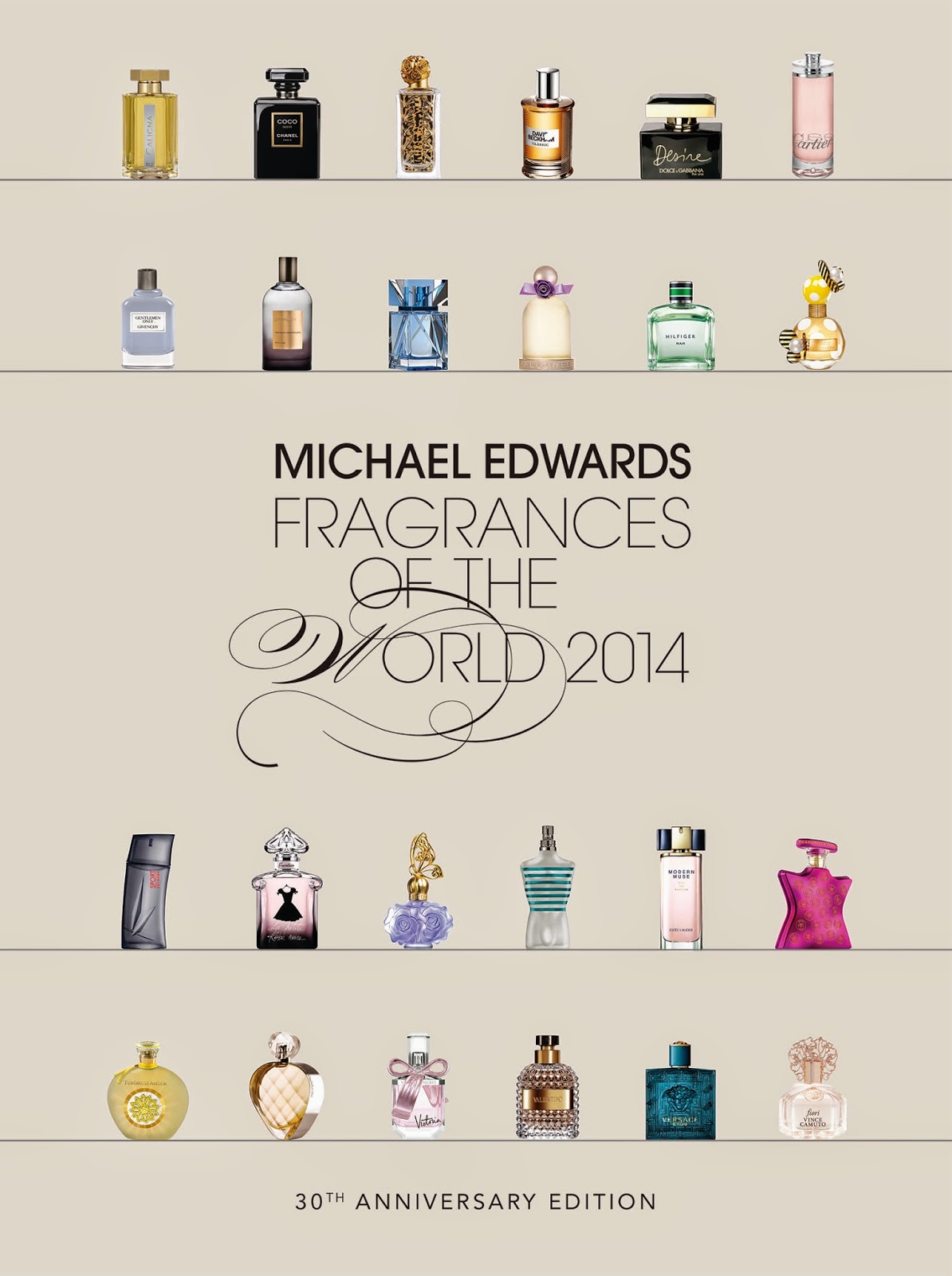 M: If you show me a fragrance I’d ask you to send me some information. First I would like to evaluate it with you because my job is not to dictate, my job is to understand the fragrance. So if I can evaluate it with you I can hopefully start to smell it through your nose and understand it better. At this stage tentatively I think, we’d start to classify: is it an oriental, is it a woody, is it a fresh, is it a floral? Instictively I would probably say even before the drydown to me it’s a floral oriental with a fresh fruity note and I’d say that because I like to get a spontaneous reaction immediately from myself, my own reaction and at the same time to ask - “Am I on the right track?” - because you know the fragrance so much bettern than I do, you’ve looked for that, you’ve worked on that, I’m just discovering that. Remember, I would evaluate it finally on the drydown, I don’t classify on the topnotes even if there are many fragrances you could get a pretty good idea of what they’re going to drydown. I would then take a scented strip and put it in a mailer envelope: that allows me to evaluate it over the next three to four weeks. It keeps very good indeed and so I carry a lot of these strips around every now when I evaluate them.

E: I guess so, I do the same for my reviews. It’s a mess of blotters everywhere heh! Then what happens next?
M: When I get back from my meeting with you, I would spray the fragrance onto a mouillette and just leave it in the open air for 24 hours. By that time all the perfume pieces have worn off and you start to see the real skeleton coming through and that’s where I start comparing that to the first strip that I’ve put in the mailer envelope just to see how the evolution has gone on that. A sample will be sent to my colleague Erica Moore who’s also an evaluator in Sidney and secondly she would do an evaluation.
Now if it would be created by a perfume house let’s say Firmenich, when next I see them it would be one of the fragrances I’d check with them: I meet with their evaluators and perfumers sometimes and we’d look all the thing that’s coming through just to understand it better and double check it.
Then I would give you a card and say here’s what I need. I need you to email me the complete references. I want you to identify the two or three most dominant notes of the fragrance in your experience or in the perfumer’s experience. When is the launch due, the month and the year. Confirm to me the gender (is it a female or masculine fragrance...) and what’s the launch market. Some French fragrances are to be launched in japan for example. These are the kind of information I would need. I would ask you the story so that I can copy and paste that to be recorded for the database and a very high resolution image of the bottle on a white background. I’d want to know which perfumer you collaborated with for the creation of the fragrance so that I can double check with him.

E: That’s interesting! So you double check with the perfumer the fragrance classification and the information provided by the brand?﻿
﻿
M: It’s not for sake of curiosity. I’ve always believed that in order to understand a perfumer, you have to understand the perfumer’s work. It’s like showing me a painting by an unknown artist, I mignt say: “Wow, that’s nice!”. But how much more insight in understanding what I have if Iinterpret a retrospective of that artist’s work and I saw maybe about fifty paintings. Then you start to understand the signatures and the codes. So for people delevoping fragrances I’ve always believed that when they brief a new perfumer they should go to the database, put out all the perfumes of the perfumer they collaborate, sort them chronologically and actually go and smell most of those fragrances and by the time you’ve gone through the perfumer’s work you understand the signatures and therefore are you able to interpret any information consequently.
There is of course in niche a tendency now to "play" the perfumer. In America or in England there are many people who say “I am the perfumer”. If I were a perfumer I think I would get rather upset if somebody tries to take my professional qualification. It’s unprofessional. Also I believe that niche must be artisanal and must be onest and to claim that you actually created the perfume when you’re not the perfumer to me is not appropriate, it’s not professional.

E: I agree with you Micael, it’s totally unfair. But did anybody do something about this?
M: Actually the French started to be very upset with that. The French Society of Perfumers has created a new body called The Circle of Perfumers. Its qualification is judicated by eminent panel of ten very qualified perfumers: if you want to be invited to join it as a member you have to share a curriculum vitae and the body of your work and not just say that you claim to be a perfumer. Your are accepted by your peer perfumer as they evaluated your work.
To end up with the previous question, if you have already launched the perfume we would prepare all the pages, get everything ready and when we receive the press release from you, at that point we would put it in the database.

E: Has the criteria to list a fragrance changed through the years?
M: Bear well in mind that my work started from the retail, I mean in 1984 I had the luck to have a client a broad group of perfumeries that asked me to help them develop their business. I could help them with the marketing and trading but I couldn’t be there to sell the fragrances. There was no guide available then. There was that marvelous Haarman&Reimer geneology but it has become more and more technical and so if you were not a professiona it was very difficult to use. That was why I started my first book, because we had to give the consultants some help otherwise they would tend to sell the perfumes they liked and hold back from the ones they didn’t. I’ve always believed that the fragrance family is all the key: ask anybody to pick three or four perfumes and you’ll find at least two falling in the same family. We don’t know why but it has been scientifically demonstrated, so that’s how the work started. Because it was for retail, the criteria to start with was what fragranges are the retailer stocking.
Then when in 1988 Nordstrom expanded, than I added the American fragrances and in 1991 they said men’s fragrances, so I added them. The only reason I imagined men and women’s fragrances is not because I’m specially bright, it’s ought to the fact that department stores perfumeries 80-85% of their customers are women. Even today most women have a double role both in a fragrance judgement of a man in their life and because they tend to buy for men what they like.
Then it was Nordstrom again in 1993 to ask me to add niche fragrances. So to answer your question on the criteria for listing, very much came from the retailers.
Then when ten years ago in 2004 I introduced the database which is neatly the professionals resource, which has now turned into the biggest fragrance resource used by Firmenich, Givaudan, Tagasako, Procter&Gamble, Estée Lauder, all the brands. Really it’s become important to try to put everything in it, so we incourage people to give us everything they want. So last year we tracked over 14000 fragrances.