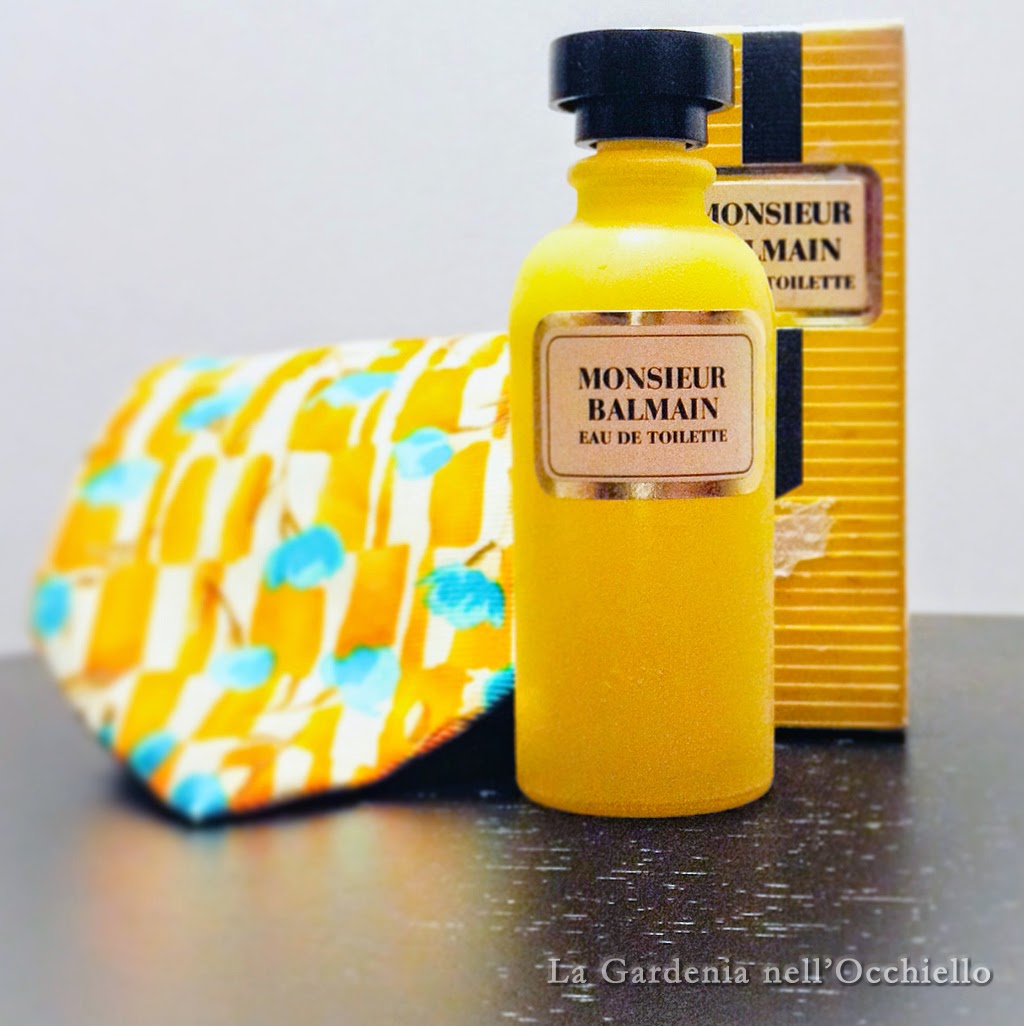 When Pierre Balmain during an interview gave this definition of fashion, he was already a legendary fashion designer famous for dressing the crowned heads of half world and Hollywood stars wrapping their curves with the classic coquettish elegance of his Jolie Madame. But if Balmain's fashion is conservative, its olfactory trail is decidedly cheeky if not revolutionary and marks the postwar years with the bold style of Germaine Cellier. So in 1964, while publishing his memories My years and seasons, Balmain wanted to launch his first masculine fragrance, Monsieur Balmain which is one of the last masterpieces the imperious Germaine left us.

But how does Monsieur Balmain smell like? Imagine a flourescent halo, leaves, branches and lemons with such a deep yellow they seem to get out of the bold sicilian sun, stolen from the stalls of the hyper realistic Vucciria painted by Guttuso. Grabbing the fruits you can feel the rough peel squirting out, dirtying your fingers with their golden essence. But above all there's sparkle, the chilling one of lemongrass that possibly inspired Vero Kern for Mito topnotes together with ginger with its zesty bite thirst-quenching like that good old selz soda candies.
This parisian Monsieur all about verbena and lemongrass loves to spend his vacations in South Italy and rest in the shade of his panama while drinking seltzer and having some typical lemon flavoured almond pastries. The vivacious opening of Monsieur Balmain returns to the ranks of the classic masculine cologne in the Monsieur de Givenchy (Francis Fabron) style with whispers of lavender, verbena and sage here veiled by a floral dew contrasting with the subtle opaque chypre base.
﻿
Great lasting power and presence surely aren't features to be expected by this kind of hesperidic waters. At a time when masculine elegance was meant to shine mostly for the care of details invisible to the majority, fifty years ago at every dab of juice Balmain offered to men the fleeting illusion of being just out of the shower, well groomed and wearing a spotless shirt.
The fragrance was discontinued in the '80s and later reintroduced in 1990 with a new packaging and a reorchestrated formula by Calice Becker. The new formulation is colder, more metallic and peppery but not necessarily disastrous, just flatter even if lasting longer. In the recent years they changed again the packaging to allign it to the square cut bottle of Carbone.
Here's the pyramid for the original formulation
Top notes: bergamot, lemon, lavender, basil
Middle notes: jasmin, lemongrass, ginger, carnation, cyclamen
Base notes: oakmoss, cedarwood, musk, leather, patchouli
Invia tramite emailPostalo sul blogCondividi su TwitterCondividi su FacebookCondividi su Pinterest