"The true great noses don't exist anymore and it's with regret that I expose this opinion" - J. Carles 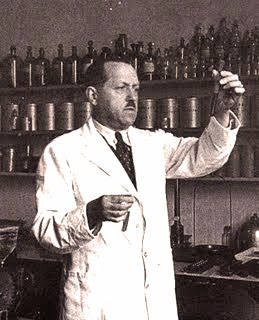 Doing a parallelism with painting where we talk about "Masters of colour", I thought about the "Masters of Perfume" not only because they mastered the use of colour (fragrant raw materials) but also because their works are a reference of perfection and taken as inspiration by many creators. Just speaking about masters I couldn't start from anybody else than Jean Carles. Aside being a prolific nose, in 1946 he founded a teaching method to learn how to compose fragrances that's still the base of the courses held in schools like Cinquième sens, the italian Mouillettes&Co or ex-Roure-Bertrand, now Givaudan's International School itself where back in time Carles started teaching to generations of perfumers among which his son Marcel Carles (that will succeed him to the direction of the school), Michel Hy (Yves Saint Laurent Y, Paco Rabanne Calandre) and Jacques Polge.


The Jean Carles method
The foundamental principle of the Jean Carles method is that a creator must "imagine" the olfactory result of his composition even before to realize it. This philosophy put in practice translates into the in-depth study of both natural and synthetic raw materials (Roure-Bertrand was already renowned at that time also for their researcs on synthetics). The perfumer's apprentice should learn to recognize every single raw material alone and later coupled with other ones from the same olfactory specie and also with other kind of smells till they can build real matrices of accords. According to him, nobody is born with a particularly talented nose, it's just a matter of continuous practice and olfactory memory. By reading the quote on top you can have a rough idea about how demanding he was about this as he was complaining about how noses back at his time weren't anymore able like in the past to recognize the provenience of a natural essence by smelling it. To better undestand how deep was Jean Carles mastery of essences I suggest you to read Octavian Coifan talking (in french) about a fragrance, Elle Elle, created for Lucien Lelong.
He conceived perfumery as an art that doesn't need a strictly scientific approach. Monique Schlienger, his pupil and later perfumer and founder of Cinquième Sens, remembers how he liked more teaching to students without a specific chemistry background, in favour of creativity above all.

"Aiming to balance too much a perfume, one turns it off, killing in it everything giving its character. There's no need to fear nor to avoid a dominant in a perfume... this "fault" has often been at the base of a great success"

He himself used to stir up the students to experience in a jolly climate cheered up by his famous prestidigitation card games. Irony of fate, during the last years Carles became more and more anosmic without talking about it to anybody except his son Marcel and some friends. Anyway few people noticed it because thanks to his great experience, to the tremendous knowledge of raw materials and to the logic behind his method he still was incredibly able to create fragrances, that's why he is often compared to Beethoven.

Influence on perfumery industry
Monsieur Carles also greatly influenced the perfume industry: it's thanks to his teaching method we nowadays think of a fragrance as a set of accords following the top-heard-base structure. The base is the longest lasting part of a fragrance, the one with the greatest impact on skin. The head has the task to make the fragrance appealing at first and to cover somehow the opening of the basenotes that's often pungent. The two accords are then joined together by modifiers, in other words substances able to make a connection between two accords that's the task of the heart. Thanks to this he also created a serie of bases also known as "coeurs", that are accords used as raw materials, still hugely used nowadays in perfumery. These ideas, together with an artistic vision of perfumery and the research for short groundbreaking formulas will become the starting point for Edmond Roundnitska to conceive his view of modern perfumery. 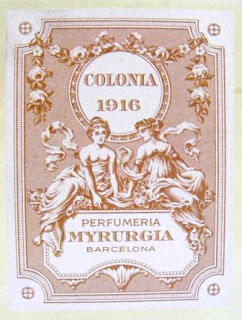 Jean Carles had many friends in the industry. During the early '30s one of them, Javier Serra, former artistic director at Myrurgia and founder of Dana invited him in Spain to create his brand's first fragrances. Right after, civil war (1936-1939) and later Franco's regime under embargo limited the import of fragrant raw materials from Grasse and this put a huge limit to produce scents. Spanish perfumery born on the naïf style of citrus or aromatic colognes at most enriched by neroli, risked of being hardly restricted to this dimension respect to the flourishing complexity of european deco perfumery. Thanks to his ability in composing simple yet impressive, sometimes even inexpensive formulas, he succeded to translate the dramatic footprint of perfumery of the period using the available materials and imparting this way a radical change of style that will determine the success of houses like Dana, Myrurgia and Puig. Last but not least, his love for Spain allowed his art to be known in nations with similar language like Portugal and South-America giving so a new impulse to the development of perfumery in these countries.

Soon I'll tell you a little bit about his creative style and also about some of his famous creatons. Stay tuned!

Dearest, I think it is very interesting to learn about the background of perfumers.
In one hand, I agree that sometimes a person without the chemistry background can become a perfumer and create fantastic things. I have none and I can tell you that I created once a fragrance for myself that was a twin sister of Aromassaï by PG.
Once I spent one entire day with the perfumer of Takasago Brazil. That day I understood that you can be a creator od fragrances in small scales, to make home fragrances for yourself, but never create perfumes to sell. You need the chemistry background to create beauties - not natural fragrances. Some chemical compounds when mixed to others can result in amazing effects. In order to be able to do so, you need the chemistry. Isolate facets of a patchouli for instance - Like it was done in Coco Mademoiselle Chanel - a person without a background could never even try to do so...
I think I only trust perfumers with a chemistry background. All the rest are creative directors

Dear +Q,
insightful comment as usual.
First let's say even Carles trusted that a little bit of chemistry would be good. Then I think we have to divide research for raw materials and fragrance creation. The first is made inside aromachemicals companies like Takasago and involves a deep chemistry knowledge, also about production processes etc, but it doesn't necessary involve fragrance creation (for example also food aromas is part of that).
The second can be totally blind about production processes and in-depth chemistry and just care about the "effect" raw materials have (es. schiff bases etc.)
In conclusion I think one can get chemistry knowledge by taking courses, but no school will provide you creativity if you don't have that. That's what I think is the point of the Carles method.