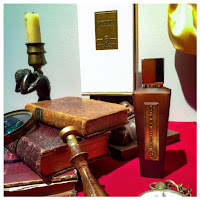 Antonio Alessandria Parfums
The second part of my Scent Diary from Pitti Fragranze lands to Italy that continues to bring forth brilliant talent.Taking inspiration from Tomasi di Lampedusa novel The Leopard put on screen by Luchino Visconti, perfumer Antonio Alessandria’s latest addition Gattopardo portrays the Sicilian noble soul in chiaroscuro with a bright load of geranium, fig and whiskey set against the opulence of velvety patchouli gilded in beeswax, iris, cocoa and a luscious Sicilian almond pastry trail. Spray, close your eyes and you swear you were a guest of the imperious Don Fabrizio, Prince of Salina. 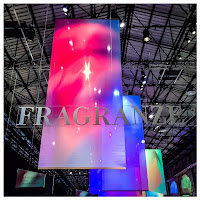 Florence is renowned for Renaissance art but also for the heat in summer and regular attendees to Pitti Fragranze know it very well. Not this year though as a sudden temperature dip with downpours kept the Stazione Leopolda interior cool and enjoyable. Also the wind of the perfume market is ever-changing and this edition shown the first signs of this. In fact while usually booths are mostly divided by Italian distributors, the current layout was divided by brand so that everything was clearly displayed, easily accessible and with a more international appeal. Notably, visitors and exhibitors from overseas notably increased and Fragranze 15 will be remembered as the Pacific edition with successful offerings from brands from Australia, New Zealand and Japan. Let's see the best starting from my choices for Çafleurebon. 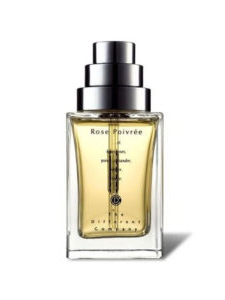 This review appeared in the CaFleureBon Modern Masterpieces last February and I'm happy share it also here.
In 2000, when Jean-Claude Ellena started his path as an independent perfumer, founding The Different Company with his long time Grassois colleague Thierry de Baschmakoff, he took the most important step in his aesthetic path. They had worked together previously in 1992, when de Baschmakoff designed for the Italian Jewel Designer Bulgari the frosted green bottle housing Jean-Claude Ellena’s astringently elegant Eau Parfumée au Thé Vert. Since the collaboration worked beautifully (setting the green tea trend that was prevalent in the 90s), it’s no wonder they decided to collaborate on a new perfume company.
The Different Company was unlike anything of its time as they sought to explore a new approach to perfumery. Right after the launch, I recall reading in an interview with M.  Ellena “that everybody in the 1990s wanted to smell clean, harmless or sweet as a cookie”. Whilst the idea of associating smell with taste was fashionable, Jean-Claude Ellena took a different approach with using salt and pepper which became the backbone of Rose Poivrée, the mother of all peppery, salty roses of the XXI century.