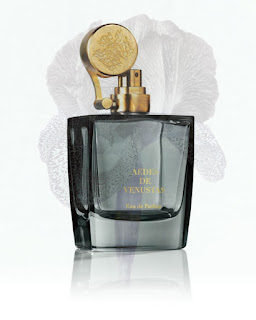 I stepped by chance into the last Aedes de Venustas creation during the days of Esxence but I promised I wouldn't have written about it till the official launch on the market. Since some time there was a buzz about this fragrance and in particular about Ralf Schwieger being the nose behind it. Since I like some of his creations like Eau des Merveilles (Hermès), Lipstic Rose (Malle) and Philippine Houseboy (Etat Libre d'Orange), I was looking forward to discover how he would have worked with iris, a raw material I adore and that offers quite a few masterpieces like Vincent Roubert's Iris Gris and Henri Robert's No. 19 as references. So as soon as I had the chance, I couldn't help but trying it on skin. Now that's launching in Italy these days, I can finally disclose the impressions I wrote down in my notepad. 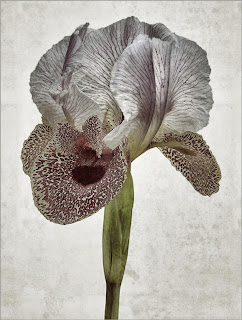 The inspiration Karl Bradl and Robert Gerstner chose comes from the hills surrounding Nazareth where grows this iris variety discovered in 1890 by a german botanist and later named iris nazarena from the region of origin. The flower, almost unscented in nature, offers though the unusual show of its ashy beauty holding out high the violet veins against the light while it bends to ground with its mud-tinged spots. This tension between sky and ground is evident in Ralf Schwieger composition featuring incense as the main character. Even if we can't really speak of  "Venustade", olibanum plays as the common olfactory cornerstone with the prevous composition made by Bertrand Duchaufour.

The sheer, pearly sensation is rendered by the mineral, almost metallic radiance of cashmeran lifting from bottom to top the elegant yet severe iris root and olibanum. The floral aspect is noticeable just spraying the fragrance but it's a short-lived impression painted in watercolours with May rose, pear and orchid fading to green. Verging to the yeast facets of iris, the sidereal coldness of star anise immediately lands it to the spicy-aromatic vegetal territory, almost like a bunch of fresh coriander.
The silver-green heart of light petals slowly gets spotted by the burnt aroma of cloves while the animal mellowness given by a hint of oud provides the velvety iris with warmer, rougher and slightly leathery tones. Brave and refined, iris nazarena is painted so with the iridescent reflections of a hyper-modern interpretation of woody-spicy irises which Iris Silver Mist belongs and of which Iris de Coty is the first example.

There's total stylistic coherence with the legacy and also here the opulent flacon (the same for Duchaufour's rubharb but in a beautiful shade of grey) reflecting the Boutique plays in contrast to the fragrance sober transparence made even more solemn and uncompromizing thanks to the moist, earthy patchouli, vetiver and musks base which gives good lasting power and an appeal as discrete and androginous as ever.
Curiously a few days after smelling Iris Nazarena, I noticed a painting I didn't notice before visiting the Brera picture-gallery. It's incredible how art can stimulate ideas associations. The scene could take place in Nazareth, I thought. The mystical symbols connection with iris and incence was the second step. Third step was the sober and mysterious aura exuding from Iris Nazarena.

This is an excellent and inspiring and very helpful review! Sounds like an incredible fragrance, and of course your encounter with the painting is remarkable.