Having a look around through the stands with my nose open wide at Pitti Fragranze, another theme that seems emerging are spices that, never disappeared, are now back on stage dominating the olfactory palette of various fragrances.
At Nobile 1942 stand, together with some friends of Adjiumi's forum and Bergamotto e Benzoino we had the chance to have  preview smell of Frapin 1697 (formerly Les ailes du desir named after the famous Wim Wenders movie "Wings of desire"), the new frangrance created by Bertrand Duchaufour for Frapin named after the year Pierre Frapin was appointed “Apothicaire du Roi" by the Sun King. 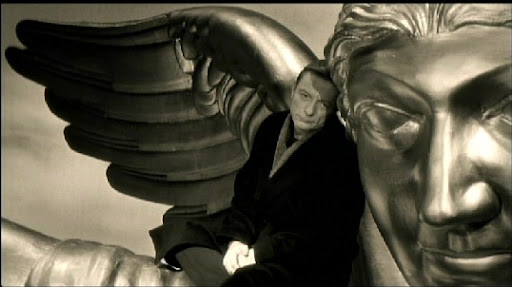 In his composition Duchaufour preserves the liqueur-like footprint that distinguishes the other Frapin scents to create an enveloping and seamless juice. Balance is given by a strong alcoolic opening of rhum absolute and by cinnamon and clove appearing in the heart. The development is silky with notes of jasmine and davana floral-resinous with a hint of grape jam. On my skin this lasts for the main part and the fruity not is yummy, empowered by vanilla emerging through the spices. On female skin it seemed to tone down the spices in favour of vanilla while on the male skin was the opposite. Notes include also rose that I didn't detect though on both paper and skin, maybe because I was blown away by the high quality of raw materials and by the opulent development of the fragrance. I look forward to retry it as the weather cools down to taste it at its full. 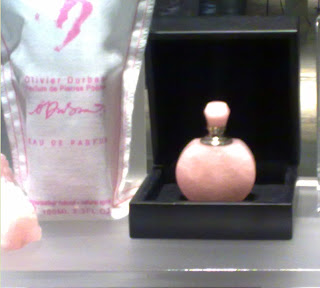 Another fragrance that got my attention is Pink Quartz from Olivier Durbano, a chypre starting with spicy and heady notes with an intriguing damask rose growing as the main character coupled with the indian rose absolut and an ipnotic rosewood. Feminine with a sensual touch, on paper it was really teasing. Also the display was particular coupling new Olivier's fragrance and some jewels, very particular unique pieces from his collection  "Bijoux de Pierres Poèmes" made of pink quartz among which there was a charming jewel-bottle.
L'Artisan Parfumeur introduces then his fragrance Coeur de Vetiver Sacré created by Karine Vinchon (Robertet) that already composed L'eau de Jatamansi for l'Artisan.
Fortunately taste changes and, fortunately there are encounters that open up your mind. I must confess that, if I considered the note of vetiver smelling dated and not so interesting till some years ago, the discovery of scents like Frédéric Malle's  Vetiver Extraordinaire or Chanel's Sycomore, have radically changed my mind. My nose was ill-bred, bored by the several commercial interpretations that conjure up old aftershaves. On the contrary then you discover that, due a little bit to the cost of the raw material and a little bit for sake of the politically correct that doesn't displease anybody, it's always been traditionally used in tiny amounts giving a green-moist effect like fresh cut grass that sometimes can be pleasant. Vetiver instead has on its own another face, closer to a nice unshaved rascal (that I feel closer to myself) rather than to a well groomed fop. 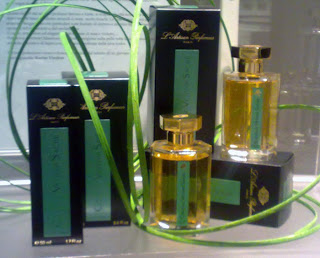 I smelled Coeur de Vétiver Sacré on a mouillette and then on skin and it seemed fascinating. I recalled some similarities in the composing style with the elegant allure of Sycomore that also couples vetiver root with rose and spices. Here the mood is more exotic and the opening more citrussy and fruity. Spices are on the colder side conferring an aromatic aspect with an outstanding coriander. The predominant and lasting part on skin is a rough and smoky vetiver made velvet by rose and tonka bean.
I also had a preview of the brand-new scent that next november will unveil the new collection Villes et Voyages by L'Artisan. Composed by Bertrand Duchaufour,  Traversée du Bosphore impressed me particularly for the unusual fruity-green and gourmand tones of pistachio and baking powder. While longing  for testing it on skin it got already my mouth watering.
Invia tramite emailPostalo sul blogCondividi su TwitterCondividi su FacebookCondividi su Pinterest