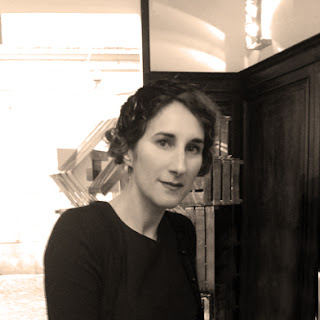 Fado is a portuguese word which derives from the latin fatum, destiny. Fado is a popular traditional music that springs from a particular feeling, a mourning song which also speaks about life. It mixes laughter with tears, it's shared melancholy turning into company. While singing, its daemon takes your soul bringing back memories, it's the song of destiny made of remembrance and absence. Right one year ago the dear Mona fulfilled her destiny leaving us with the inestimable treasure of her creations loaded with class and personality, just like her. So I decided to remember her starting from where it all began, from her italo-portuguese origins and in particular from another portuguese word, from the most shining treasure: Oiro, gold.

As you could guess also from my post about Joy, I simply adore jasmin and I think it's one of the most complex floral smells that exist. There are so much odorant varieties in nature and the raw materials that can be extracted are so different and rich of facets that literally throws me into raptures. In the history of perfumery there are so many compositions built around jasmine that nowadays succeeding to concoct an original jasmin based fragrance is very difficult. Mona succeeded to do it. 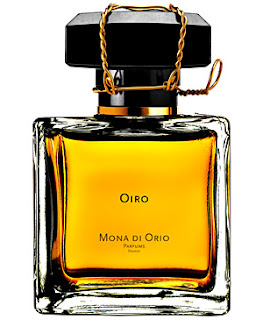 Only wearing a fragrance like Oiro during a summer night, with the hot dry wind feathering your sunburst scented skin can really make you appreciate it at its best. This is what he speaks about, about lushful jasmin bushes and flowers drinking golden sunlight during the day till the sunsed and then at night breathing it out through their vital freshness, spreading so their sexual call. The opening is crisp, green and slightly fruity with mandarin and petitgrain introducing indian jasmin absolute that's greener than the one coming from Grasse. The heart grows and warms up till it melts into the skin, pulsing with an animal beat and letting run through its veins the ylang-ylang fluid warmth.
Wearing Oiro in a summer night, walking along the border between the sea and the desert makes you enjoy above all what's left after hours, when there's no time left to the decay of the languishing flower. Ylang-ylang that's often feels fruity and overriped here's lost in the neochypre-like sands of immortelle and melt into the enticing opposition with cedryl acetate, one of Mona's fetish raw materials with mysterious leathery, woody-smoky facets. After some months I remember I told Mona about how much I enjoyed wearing Oiro as a man loving jasmin and she replied that despite she didn't create Oiro with a man or a woman in mind, she adored jasmin on a man's skin. Maybe that's why she loved to render it in chiaroscuro, modernizing it with shades only the art decò perfumery dared before her.

Today I celebrate Mona like she would have loved I'm sure, surrounded by olfactory correspondences: wearing Oiro, drinking a glass of red wine and remembering summer nights and the passion in her eyes, through laughter and tears weaving together the notes of fado sung by Amalia.