The WWII bombs were still echoing while in 1943 Marcel Rochas and his partner Albert Gosset aiming to launch the newborn "Rochas Parfums" asked Edmond Roudnitska to create a perfume for them. Roudnitska was already working on a fruity chypre with rose, jasmin, a pinch of sandalwood and ambergris. Of course there was no news in making a lactonic chypre, Mitsouko docet, but he had the gupts to push it further using the famous prunol extra: a base he conceived like a pulpy overriped plum, decadent and almost jam-like. The fragrance Roudnitska proposed joined classicism and provocation, class and sensuality with the esotic, spicy and carnal taste of cumin dosed here in the base keeping it one step away from the indian restaurant effect. It was such an olfactory shock that Marcel Rochas accepted it as it was. Marcel, who was dressing all the Hollywood Divas of the time, called the perfume Femme to pay hommage to beautiful women and in particular to his dearest Helène that he met few years before chez Paul Poiret. To dress it he thougnt of the most feminine of his clients back in time: Mae West in a black lace guepière was in fact the inspiration behind the rounded flacon and the lace decoration for the box. Originally released in parfum, parfum de toilette and eau del cologne, the fragrance is still on the shelves but it's been reformulated since 1989. The version I led you smell it's a vintage eau de cologne from the 70's. The perfume is such a masterpiece that it still speaks to us about iperfeminine class after almost 80 years and all of you got it. Bravo!

Alberto
Beautiful perfume: warm, animalic and angular, elegant on its own with a classic floral (rose, jasmin?) and fruity (plum, berries?) structure. Longlasting and discrete, it makes me think of a classic fruity chypre in the style of Rochas Femme.
Andrea S
A feminine perfume with a vintage soul. I can guess it's floral (maybe rose and ylang ylang) spicywith a sweet warm base. It evolves quite rapidly: from a slightly balsamic and floral yet spicy opening to an ambery, sweet soft base. It's a warm, embracing perfume suited for winter. It recalls me the typical Lush smell but I see it on a stout lady, if not on a granny dressed in her fur coat, with showy earrings, red lipstick and a big hat. It has something familiar, it doesn't take me too far but in Via Brera in Milan, in a quite, cold morning. A self-confident and a bit shady lady walking slowly while she looks proudly at the windows. Probably she will buy a big vanilla candle and a pot pourri to be placed in her house's opulent entrance.

Bettina
I see a classy, elegant woman dressing up for a nice dinner. It's 60's style the way I remember it when I was very young and when my mother was very young. The opening is a bit aldehydic to me and instantly reminds me of Chanel. Actually I am sitting between two chairs. Chanel and Guerlain. When I first sniffed it I thought "maybe a super vintage No. 5". But I do smell a smoky note and a tad of a woody note too. Benzoin for the smoky note. the woody note is not No. 5 like. the wood and the light smokiness give it a bit of a masculine touch. I do perceive a slightly sweet note. maybe tonka bean. To me it is the incarnation of the vintage fragrance, so late 50's - early 60's and I so see my mother in it, her generation,  a real classic fragrance. I am smitten. 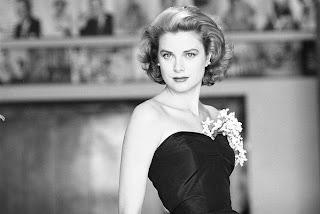 Marcopietro
First impression: so good! Banal yet it gives an idea of the instinctive reaction. I smell a lot of cedarwood, bright woods and a lot of spices, something sweet and maybe some florals to round it up? Eerything's so smooth I barely detect other notes aside maybe a dull green vegetal echo making it more vibrant, like a light breeze rippling the water. Masculine? Feminine? Well, I'd say perfectly shared… An oriental recalling some masterpieces of the french perfumery. It made me think of an everyday's life scene in an exotic interior but rendered by a romantic european painter.

At the second sniff I also smell myhrr and its sweetness recalls candied fruits. I also figured out the name of a scent, a Lutens one but I don't remenber the name now. I will check it later but it could go very well with my impressions.
Ninù
This fragrance totally won me with its surprising embrace. First let me tell I tried it directly on skin as I don't have a paper blotter, so my impressions are also biased by this further filter. It immediately shows a full body and a strong classic structure but I was so impressed by its evolution. On my skin it develops rapidly revealing as a bit of a surly, masculine type. Surprisingly later emerges its true essence instead, sweeter and more delicate with what seemed (I'm an amateur) a pleasantly powdery and teasing base.
<Blind Sniff Roulette #2> <Blind Sniff Roulette #3>