Kōdō: the way of incense passes through Bologna

"Who does speak to plants among you? They have a soul too. Speaking to them helps letting them grow stronger" Souhitsu Issiken Hachiya 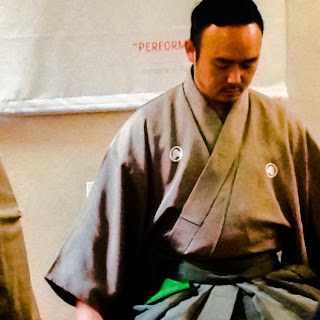 Trees pass fast frame after frame at the train window, swallowed by the dusk and all the way to Milan I can't get my nose off of my right hand. I enjoy the trace of smoked agarwood on my fingertips. I close my eyes to "listen to incense" as they say in Japan, till the last whisper. Then I close my hand a little bit to treasure the gift Souhitsu Hachiya brought to the fifth edition of Smell - Festival Internazionale dell'Olfatto, the aesthetic and ecstatic of Kōdō (香道), the traditional incense ceremony.

Literally "way of incense", Kōdō was structured in Japan during the Muromachi Era (1336-1573), a politically instable period ruled by the Shogun during which though, thanks to the influence of Zen Buddhism arts flourished as a way to heal the spirit. Incense though came from China to Japan long before and it was already playing a major role in the court life described in the Genji Monogatari (1000-1008 DC), The tale of Genji written by the poet Lady Murasaki Shikibu.
﻿﻿﻿
The ten virtues of incense described by XVI century Zen monks:

Even if older than Chanoyu, the tea ceremony, the way of incense is nowadays the less known of the classic arts of refinement also in Japan. Just think there are all over the world one thousand Ikebana schools (kadō or way of flowers), seventy Chanoyu school and only two Kōdō schools. Souhitsu Hachiya is the 21st descendent of Soushin Syouinken Shino that started in Kyoto in XV century the Shino school. Out of Japan, there are two branches of the Shino school in Boston and Paris. Not for money, but to spread the tradition, Souhitsu confesses he would love to start a school also in Italy. He chose Bologna for his first trip to Italy, so why not there maybe?
The passion for tradition is visible: a glance at Souhitsu's hands is enough to get dazed by the chirurgical precision, by the effortless grace of gesture as it'd be in his DNA. I hold my breath not to disturb that perfect moment. I even didn't take any picture during the ceremony to enjoy at best every part of it, above all the sense of harmony the rite infuses. 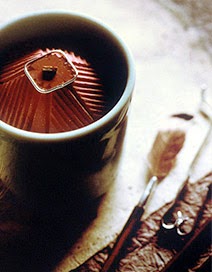 The ceremony starts when the komoto (the incense presenter) prepares a cup of rice ash with a piece of hot bamboo charcoal buried inside. A small mica plate is placed over the charcoal and a tiny piece of aromatic wood, usually aquilaria is laid on the mica. By using a mica plate, the wood’s fragrance is released subtlety without the smoke. Traditional classification identifies five flavours: sweet, sour, hot, salty and bitter.
The way of incense is full of symbols and celebrates the sublime arts: usually a theme is picked from the classic japanese poetry. Inspired by perfume, also participants can practice brush caligraphy to compose rhymes in the regular 5-5-7-5-7 syllabled schema.

Beyond the amazing essence left on my skin, what the Kōdō left is the deep, respectful dialog with nature penetrating us through the smoke. "When I meditate while preparing incense, I get in touch with my ancenstors" was the most touching revelation of this event. Just think the tradition is orally transmitted and it takes years to learn how to practice  the art of Kōdō. "Me and my father, we can't traver on the same plane because the tradition would be lost in case of a crash" reveals Souhitsu. To him, the way of incense gets you in touch with ancestors, but I think everybody inherited familiar gestures, small rituals stratified in generations that bring us to our roots.