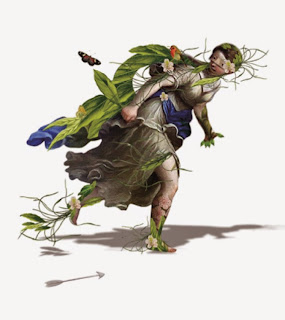 The VI edition of Smell-Festival Internazionale dell'Olfatto, opening this year in Bologna on 20-24 May, promises to be quite eventful. The theme "Performing Scents" in fact invites us to a journey through the olfactory dimension related to movement. body, space and stage action and confirms the vocation to be an experiential laboratory wanted since the beginning by Francesca Faruolo. The synesthetic exploration will culminate in the empire or the Rising Sun, thanks to an introduction followed by the japanese ceremony of Kōdō or The way to incense, one of the three classic arts of refinement, rarely performed out of Japan, led in this special occasion by Souhitsu Hachiya, 21st descendant of an ancient family of masters.

There are also other interesting events among which the inquiry made by Anna D'Errico, researcher at the Max Planck Institute in Frankfurt and competent blogger of The Perfect Sense about the role of olfaction in stage arts. Not to be missed, Anna will make a theatre-dance performance based on her scientific studies and her experience as an actress. Moreover trails of pollen, resins, honey and poetry invite us to the installation Mellifero #1 by artist Dacia Manto at MAMbo - Museo d’Arte Moderna in Bologna dedicated to nature and hard-working life of bees. The olfactory and architectural geometries of these royal insects will surround the public with a constellation of signs, a universe of symbols to be decoded.

There are many irons in the fire and the smell is inviting, so don't miss it! Of course you can find all the information about conferences and workshops on the Smell website. I'll be there and look forward to meeting you soon! 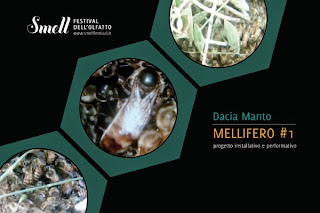