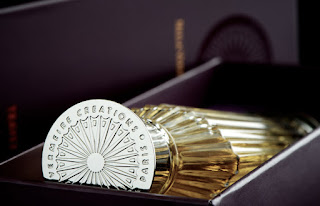 Some perfumes get admiration above all exposing a star raw material to the point they are commonly renamed as "the Vetiver" or "the Rose". Other ones have the power to take us immediately to another place, a situation or a state of mind. Few dare one more step deeply trespassing the realm of senses: this way a perfume becomes colour, texture and sound living in multiple dimensions, filling the space like a sculpture. Neela Vermeire is among them and without falling into easy temptations, she has piled up in a few years a personal collection of olfactory gems.

Firstly nicknamed as Project P, Pichola is the fifth fragrance born from the collaboration of Neela Vermeire with master perfumer Bertrand Duchaufour and the first inspired by a particular place in India instead of a character or an historical period. Pichola is an artificial lake the Maharaja of Rajasthan created in 1362 DC by the city of Udaipur which he adorned with beautiful white marble palaces. Who knows if this is the first step in a new direction of Neela's narrative universe. Will we see other olfactory destinations in the future? Demanding creative bearing crystal-clear ideas, Neela keeps pushing Duchaufour's hand beyond his olfactory comfort zone, exploring new paths. The result is a beautiful spicy-floral eau de parfum which I didn't cover till now because I was waiting for the big heat to enjoy it at best. In fact the warmer, the better and it's become one of my summer faves.
﻿
The sense better describing Pichola is touch, the shape memory of the surface of water. The floating boundary between surfaced and submerged changes, reflecting silver and gold from the sky when the waves don't show the abyss. It's a line that can be thick as a crystal wall or thin as dragonfly wings. This dualism rules Pichola since the crisp opening with cardamom, petitgrain and aldehydes, shining bright with saffron and tangy citrus yet cold with juniper. While holding your breath diving in its contrasts, Pichola cracks with the same delight of a teaspoon diving into a setteveli cake.
Once beyond the surface, light becomes mellow while you slowly soak in a bunch of neroli and sundrenched flowers winking to the sensual exoticism of Chaldeans, sons of the sun, so chic in the thirties. The dazzling white marbles of Udaipur fade away while the dense gloom like a womb shrouds you in the motherly sandalwood sap, one step over the troubling souding of earthy tuberose. Pichola has average sillage and good lasting power and after many hours you still get soft woody echoes, mystical as the ascetics murmurs and langurous like the swish of Nautch girls silks.

The review is based on a sample gift from Neela Vermeire Creations.