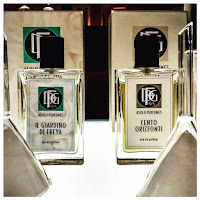 DFG 1924
Asolo is a place close to Treviso that's been chosen for its beauty by queens and nobles since the Renaissance. It also gives the name to Asolo Perfumes, the top offer from DFG 1924, a new brand debuting along the footprints of the founder’s grandfather, pharmacist Giustino Dalla Favera. Perfumer Roberto Dario built beautiful green nectars inspired by the garden of explorer Freya Stark and by the words of poet Carducci describing the wanderlust. Cento Orizzonti (hundred horizons) with its mix of 70s retro powdery hints and savory modern herbs definitely conjures up a morning walk looking those Alps landscapes. 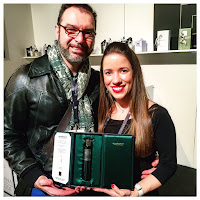 Puredistance
Having been exclusive for one year at Perfumeria Quality in Warsaw (to be released worldwide end of november 2017), the inspiration behing Warszawa came from the impression photographer and Puredistance founder Jan Ewoud Vos had meeting the Missala Family who run the exclusive shop downtown. Appearently aloof on top with the freshness of green violets, the perfume grows warmer and feminine with a jasmine and broom creamy floral bouquet empowered by a powdery peachy chypre trail as gentle as the heart of polish people. Classic and classy as only Master perfumer Antoine Lie could release it - Bonus track by David Bowie. 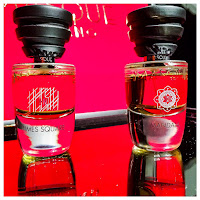 Masque Milano
Following the major trend for florals Masque Milano worked with IFF Star Perfumer Bruno Jovanovich to climb the Empire State Building. All about ‘90s trashy-chic girls with clumsy nail-art holding their Starbucks hazelnut macchiato, Time Square flashy lipstick hides a clever use of osmanthus to add a velvety sophistication. On the opposite, Christian Carbonnel's Mandala sticks to the ambery range yet throws in a colorful bunch of spices and the booziness of myrrh and davana in the quest for a bubbling take on incense. 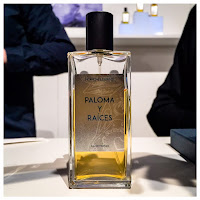 Homoelegans
Homoelengans next evolution to beauty passes by Mexico and precisely by the Casa Azul, the blue little house where painter Frida Khalo grew up. In the opening there are small mint bushes bordering the citrus garden. Immediately the music breaks through loud from the Street: it's a fiesta with people dancing and singing in the colorful dresses and jewels Frida loved so much. Her sould flies adorned in the raw sensuality of blooming ylang ylang and tuberose emerging from the earthy bitterness of of dark coffee. Perfumer Maurizio Cerizza adds the tobacco warmth to empower both masculine and feminine elements like in the endless artistic marriage with Diego Rivera. 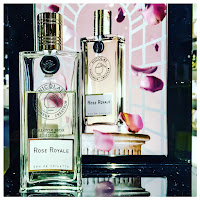 Nicolaï Parfumeur-Créateur
Our Lady of French perfumery Patricia de Nicolaï  never cheases to amaze and after giving us the most beautiful Oud interpretation of the last years with Oud Sublime, she releases Rose Royale. It's a bunch of blooming roses covered in a crispy blackcurrant morning dew and adorned by the geranium greenery, takes me straight to the morning I spent in Brazil at the local markets enjoying exotic fruits and flowers thanks to an astringent yet sensual dash of passion fruit. Because a rose is a rose is a rose, but sometimes is a rose like no other. 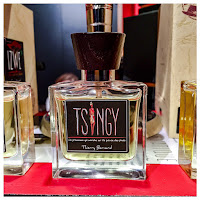 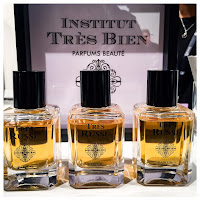 A welcome back goes to the reissue of Institut Très Bien Très Russe. Less citric on top and sweeter in the base, this classic from the house won’t disappoint many fans who used to wear and love it.
Last but not least, the cheap thrills best of show goes to Molinard Parfums Les Amoureux de Peynet. Parisian born, the famous cartoonist Raymond Peynet lived close to Grasse and used to go to Molinard to buy Habanita for his wife. As a tribute to his iconic lovers, this joyful citrus cologne built around crispy grapefruit is a bargain for the price and a must have even only for the lovely flacon. For a summer in love. 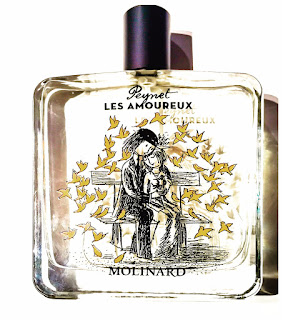