Esxence, third edition: even this year Milan (which in short is MI, that's why the title) puts on some scent. It does it its own way, maybe a bit confusing and sometimes clumsy but also showing off touches of great charm through drops of perfume. Just to symbolize these drops of fragrance falling on the city there was a striking decoration with glass drops filled with water and flowers to welcome the visitors as you can see from the picture here on the left.
And speaking about drops and freshness, the first emerging theme is for sure the cravings for more airy and green perfumes, maybe a call of the warm season and certainly partially due to the tendency going on since a couple of years of the coming back to colognes, to the perfume as a part of the morning personal care or as a way to refresh themselves during the day. 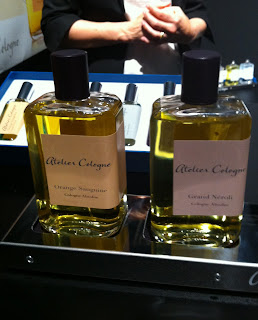 This is the concept behind the Atelier Cologne fragrances, olfactory impressions of waking up in various places that a travelling writer has jot down on his moleskine, gone by chance in the hand of a perfumer. They have been explained to me by the nice Sylvie Ganter e Christophe Cervasel, creators of the concept behind these Cologne Absolue (with the concentration of an eau de parfum) keeping just the spirit of a cologne yet gaining weight and intensity like a real perfume. Being sceptic, I tested Orange Sanguigne concocted by Ralf Schwieger (Lipstick Rose for Fredéric Malle, Eau des Merveilles for Hermès) aiming to freeze the realistic impression of a breakfast among the orange trees, and it stayed well for at least six hours. Moreover, the line features other more classic cologneish fragrances like Grand Neroli (Cécile Hua) and the tenderly herbaceous Trèfle pur by Jerome Epinette (Byredo's Bal d'Afrique) that later shows humid and slightly floral facets, but also more woody-ambery scents like Bois Blonds and Oolang Infini playing with oolang tea facets, fresh at first and then smokier, spicier and leathery later.

Another interesting fragrance, atmospheric as the electric air before a storm or a rainy sky is Roboris by Mark Buxton for Calè Fragranze d'autore, where the ethereal topnotes blow over a green humid heart. The drydown reveals an earthy side, dried trees and sunburst rocks releasing their mineral smells as the first raindrops fall down.

In the same direction goes also Keiko Mecheri that, besides adding to her collection Les Hesperidés a new citrus juice, has caught my attention with her Camellia, a japanese camelia interpretation redolent of the tea flower. Very delicate yet showing character, the fragrance opens with green and aromatic tones of camelia sinensis leaf-buds and grown then with floral (but not flowery) sensations, delicate with magnolia and a jasmin accord refreshed by a fruity-fresh ghost, maybe a quote to Umé, joined by a soft woody base. All is made airy and fluffy by a slightly ambery accord, almost like smelling the breeze flowing through the camellia branches and gently messing a woman's hair up. 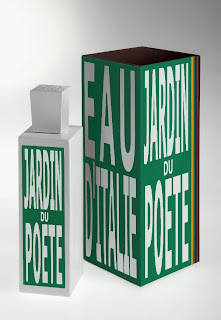 The same green thread leads us to Le Sirenuse, at Eau d'Italie launching Jardin du Poete, where the mastery of Bertrand Duchaufour can be found above all in the opening with a citrus accord with bitter orange, grapefruit and basil standing out and playing a beautiful balance over the fruity-herbal, sweet-sour contrast with a mediterranean kitchen garden in the background where tomatoes and aromatic plants grow. A perfume with an initial blast as pleasant as a summer eau where the angelica heart uplifted by a whiff of roses from far away smooths the sharper opening and where the slightly spicy-woody base of immortelle, cypress and vetiver softened by a musky trace, just give support without stealing the scene to the mediterranean aroma.

And from the coasts of Sicily let's land to the coasts of Normandy with Weekend a Deauville by Patricia de Nicolaï relaunching this fragrance in a more ethereal version lacking of the spicier touches of the previous edition. I liked the serene atmosphere of naive femininity that it exudes, letting you crave for pic-nics on the grassy hills of Calvados close to the sea.
The fragrance opens with herbal galbanum and becomes then a gentle lily of the valley with sappy tones and sugary hints that keeps on the joyful side of the morning freshness thanks also to a marine shade, ideal for everyday wearing for a simple understated elegance even if you're not so lucky to get over to Deauville for a romantic weekend.

Finally is perfectly matching this tendency the launch of the last extraordinary fragrance recreated at the house of Grossmith, Betrothal which original formula dates to 1893 and respect to the first three perfumes bringing a decidedly oriental footprint, it brings a wave of lightness to the line. But I will tell you later more details about it taking your breath away now. 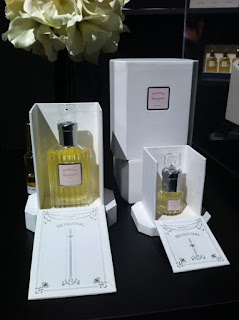