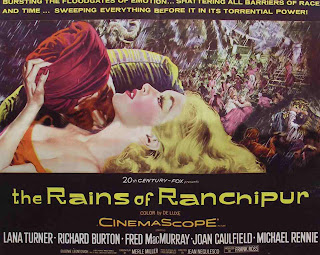 Parfum d'Empire is a perfumes line born from Marc-Antoine Corticchiato's creative verve: born in Corsica and grown up in Maroc, his taste reflects the melting pot of this cultural crossroads. As Mr. Corticchiato himself explains in a recent interview, Parfum d'Empire pays homage to the beauty of natural raw materials: mhyrr, olibanum, amber, materials known since the ancient times for which entire empires fought and upon which they raised their fortune. The names of the fragrances themselves express a cultured and elegant imagery with references going from the roman empire to the splendour of chinese dynasties, from tsarist Russia to Napoleon's enterprises. In fact, strangely for one like me that usually has no love for fougères, I've been immediately ipontized by Fougère Bengale that led my immagination run riot to the colonial british empire and the Bengal tiger hunting. How could I prevent from coming back with my mind to the adventurous Salgari novels I used to read when I was a teenager and then again to the exotic setting displayed in one of that old Hollywood movies they play only at afternoon or late night nowadays: The rains of Ranchipur. For who is unfamiliar with it, the 1955 movie is a remake of a silver screen classic from 1937 The rains came featuring Mirna Loy. Despite a vamp Lana Turner at her best and a as young as improbable Richard Burton playing as an indian doctor, the movie doesn't reach the shine of How to marry a milionaire, another Jean Negulesco's success. After many years what's left in my mind of the movie are the refined colonial atmospheres you can dream about while sniffing: huntings in khaki safari jackets, cocktail parties in smocking and turban, the victorian magnificence close to the straw cottages under the blowing monsoon and out there hidden through the foliage, the tiger with its claws ready to scratch. 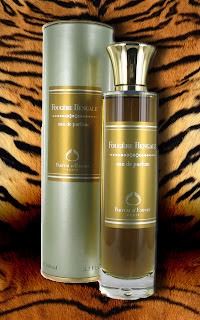 Fougère Bengale is for sure one of the most brilliant fougères of the last decade because it breaks down the classical lavender-cumarine fougère structure transforming it thanks to a good dose of immortelle which aromatic and opaque aspect, joined with tobacco and animal honeyed notes create a sensual aura under the gentleman's tidy uprightness. The modern touch goes far beyond the usual ambery fougère to become torrid air lingering the soaked, sunburst skin, mixing the cumarine mature hay not with the stiff lavender but with a thick and mysterious vegetation build on a cocktail of spices (black pepper and a tiny bit of cumin), aromatic greenery and florals like lilial e lyral. Yet there's something catlike far away, hidden and magnetic.

As the basenotes bloom it's like if the icy cold, respectable Penhaligon's English Fern would lose her mind for the rough charm of Annick Goutal's Sables. Lavender gets less severe bathing in honey, immortelle looks at her with a rascal smile chewing tobacco. They're attracted to each other touching themselves, getting into each other till they melt their essences. An unmade bed is left at dawn, the trace of two lovers is kept between raw linen sheets as the sun shines high giving off that aroma: Fougère Bengale.
Powerful sillage and excellent lasting power let this fragrance authentic and masculine character resonate on a man's skin moving away from the typical barbershop smell. Nevertheless its warm base could also become a powerful seduction weapon in the hands of the right woman: daring and dangerous like a tiger, wearing just one spray of it under a masculine cut shirt worn unbottoned.
Invia tramite emailPostalo sul blogCondividi su TwitterCondividi su FacebookCondividi su Pinterest