Lunching with the Professor: interview with Roja Dove (3)

Tempus fugit, we're lunching since more than an hour and I still have some question left on Roja and his fragrances. 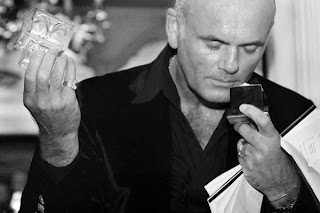 E: You started your career in the perfume industry long time ago as you mentioned before, when you were offered to join Guerlain. Nowadays there are many schools like ISIPCA and Cinquième Sens, then there are people trained on the field by a perfumer like Mona di Orio by Edmond Roudnitska and finally there are self-trained perfumers like Andy Tauer. What do you think are the mandatory skills and steps to become a perfumer?
R: The mandatory skill that's necessary to become a nose is criticism. When you work for months on a fragrance it's easy to grow on it, to get so familiar with it that it becomes difficult to be objective and judge whether it is a good formula or not. So it becomes important to be self-critical, you must have perfonality, not ego. Moreover you must have no fear, be free to experiment and judge objectively your creations trying to do your best. For example at the moment I'm working on the next two fragrances in my collection, two leather perfumes. 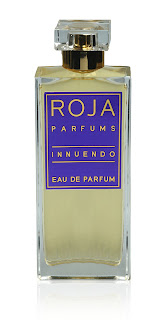 E: Wow, good news, I love leathers. Would you like to give me some anticipations about them?
R: I'm talking about a masculine and a feminine one and they'll be the last scents completing my collection Roja Parfums, after these ones I won't add any other perfume to it. The launch should be in 2012 but I'm working on them since more than a year and I'm not yet fully satisfied. See, as I told you before it is easy to grow on it when you work for months on a formula with the risk of not being objective. When I understand this is happening to me, it means I have to put it aside trying not to think about it. Then when you come back to your job only after some time you realize that what smelled right it's not to good. So by now let me say they will be launched in 2012 but if in the end I'm not convinced, I'm not in a hurry, they will be launched one year later. What matters is I must be sure to have made them at my best because anything people will say about them, good or bad, I'll be ok with myself.
Speaking about the last fragrances added to the line, their names are Innuendo and Danger. Names are very important to me, I spend lots of time thinking before chosing them.
E: It was the same for Scandal if I remember well where for sure you had to take in account there was already Scandal by Lanvin. 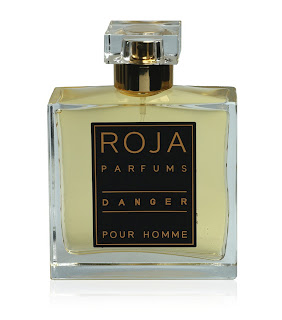 R: Yes. I wanted Scàndal (Roja puntualizza la pronuncia all'inglese) to be named like that because it brings a scandalous message you cannot hide, it is an indolic-floral fragrance with a rich oriental base with vanilla and animal notes, something very different from Lanvin Scandàl (alla francese). About the fact that already existed a fragrance with this name I had my lawyers take care of it. By chance nobody happened to take care at Lanvin to register it, therefore I had anyway green light to go for it.
Innuendo and Danger instead are two fragrances quite different from each other that I created also taking some risks. Innuendo means allusion while Danger well, is danger. Could it be possible to have similar fragrances with this names? Obviously no, in fact while Innuendo is a classic, soft and delicate fragrance with musks and violet, Danger aims to get attention on something dangerous, a seduction game where you have to take some risks with a rich bouquet, enveloping with suede notes and jasmin from Grasse. The same inspiration goes for Danger man where vetiver joins the animal notes of ambergris. Again raw materials are to me very important and as for jasmin where I am one of the few privates to obtain the most precious quality from Grasse, also for ambergris I use real natural ambergris and the result is really dangerous and seductive.

E: Wow! I'm really curious to smell them. I guess you are aware of the fact that there's a lot of buzz about your shop. Also the myth of your "secret fragrances" which are produced just for fifty lucky people each one brought back to the perfume lots of its magic. Can you tell me about how it's born this idea?
R: in 2001, it was exactly ten years ago this month, I decided to resign from Guerlain. I didn't think about anything in that moment, I didn't think of what to do or to which company to work for. Every year they hold the “Terrence Higgins Trust London Lighthouse” a charity auction to collect founds for the research on AIDS and a man asked me if I wanted to make a perfume for it. Ok but what to do? Besides I discovered the auction would have place at Christie's and it was a very glamourous event with people donating sport cars or even personalities like Manolo Blahnik usually donating unique shoes on measure to the winner. So I thought about making a bespoke fragrance for the winner but to give just the empty flacon for the auction.
E: The beautiful flacon of Lubin L'Ocean Bleu, the one with the dolphins right? 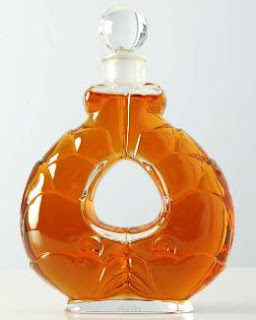 R: Exact. I wanted a particular flacon for the auction and since I always liked this one I asked to some friends at Baccarat if they could do it for me. The auction was a great success and I created my first bespoke perfume. Right after we opened the shop here at Harrods and with the eco about my name and the auction, people arrived here asking for bespoke perfumes. So I realized that there was people willing to spend lots of money to have a unique fragrance, I realized there was also another type of customer. So without thinking too much I started working on a perfume I could offer to customers looking for something unique. Usually I don't take care about the commercial details when I create, I put down the formula without taking in account the cost. That time I even more wanted to draw attention on the fragrance in fact I chose a normal packaging to bottle it. People liked the fragrance and so I made the others and now they are sixteen. Also this time the name comes from a collaborator as he thought they would be almost as bespoke fragrances limited to fifty customers, so he came with Semi-Bespoke Perfumes.
E: It's curios that you keep them locked in a drawer. What's the secret inside it? (smile)
R: No, no, no secrets (smile). Simply you don't see them and they're not advertised because I want them to stay in background, not to steal the scene to the other fragrances here and also to my line.

Finally Roja asks me which fragrances I used in the past and which notes I like to understand my tastes. I tell him I don't like citrus that much but I like leathers, animalic and green notes, indolic florals and iris.  It's surprising how discussion flows, his ability to sweep over time or make associations even only talking about notes with him. In the end he picks for me to smell the Semi-Bespoke #3, #5, #7 e #11.
Time is over, lunch was excellent above all for the company and Mr. Dove is already awaited somewhere else. I thank him heartedly for being so nice to me and say goodbye as he takes me back to the shop to smell the Semi-Bespoke Perfumes.
I smell them one by one, closing my eyes and instantly they make me think to glamourous spaces, to big leather armchairs, dark furniture, big chandeliers and vases with flowers. The style is the one of classic french perfumery, above all from the '30s and '40s, just with a more modern twist given for sure by a more airy structure. Yet it's like I could see in these grandsons the genetic footprint of granfathers like Bandit, Tabac Blond and Le Dix, together with the extraordinary raw materials they had back in time and that the several reformulations corrupted.
For a while I feel like a child in a funfair that doesn't want to get off of the amusements so I keep going on smelling them. I shilly-shally between #5 and #11, I'm charmed.
#5 is the brightest initially, slightly aldehidic as it keeps going on towards a leathery chypre in the vein of Tabac Blond, just with a very elegant iris instead of carnation. #11 is more decided since the begininng and right after a while of freshness it shows a stronger leather, with a bewitching gardenia facet wrapped together with its foliage in an earthy vetiver. In the end I go for #5 and ask to try it on skin and there I was greatly surprised by a drier leather base, a Cuir de Russie like they don't do often anymore nowadays so now I know why being wealthy enough, it's worth to award themselves with something so precious.