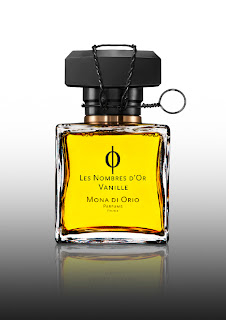 Usually I don't like that much vanilla in perfumes. The funny thing is I'm passionate about cooking and also greedy about cakes, so one could think the opposite. Yet this spice is used just to scent the desserts, to give them the particular and enveloping smell that, since you bake them fills all the surroundings making them even more inviting. Nevertheless the more I like to taste it, the less I can stand it in huge amounts in a perfume. I find it often a passepartout to fill greative gaps and make a scent an easy pleaser.
Fortunately things don't always go this way and sometimes there's someone like Mona di Orio taking risks and going out of the mainstream to try new adventurous and stimulating paths. What impresses about Vanille is that's not a gourmand vanilla in the most trite and edible way, if anything in an alcoolic way.

In fact the fragrance takes inspiration from the impression of a journey, like the ghost of a vessel coming back from Comoroes islands bringing his shipload of spices, barrels or rhum, oranges and, of course the precious vanilla beans.
The opening with rhum absolute and a trace of bitter orange feels for a while like sipping a good Grand Marnier balloon. As the liqueur freshness fades out I can detect a backtaste with the fruity tones of citrus leaves and peels and the woodyness of the barrel growing more and more empowered by the spiciness of clove. The latter prepares the scene to the real main character, carbon dioxide extracted vanilla absolute that fully preserves the sensation of the dry and crisp bean: vanilla takes off every sticky aspect to become flower, fruit, wood and spice revealing us its evolution from the orchid flower straight to the kitchen dresser. The base of the perfume is all about delicacy not to overwhelm the leading theme of the fragrance and just adding a toasted counterpoint of guaiacwood recalling the dry spices and also sandalwood, Tolu balm and ambery notes conferring it a soft and slightly animalic touch. 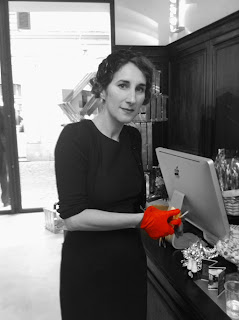 While Vétyver, Tubéreuse and Vanille are Mona di Orio's hommage to everytime's classic themes in perfumery, when I met her again in Milan during Esxence 2011 she surprised me showing her last unexpected creation, the Oud expressly born to satisfy her middle-eastern customers. Oud since ever has been East's most precious essence but only lately has been appreciated by the western taste. Thanks also to who introduced it (natural or synthetic) about ten years ago in both niche and mass market fragrances (how not to mention Yves Saint Laurent M7) as a matter of fact its success has been so huge to count it among the new classics of perfumery. Natural Oud, aside having a pervasive and visceral aroma has also a very long maturation process of decades that brings about its hyperbolic cost. So when Mona asked her raw materials supplier to find her some good quality oud it's no surprise to hear he brought her a small vial of it which cost reached 18.000 dollars.
She adds also that another note she would always have been working with but she never happened to do because it didn't suit her compositions till now is Osmanthus, a very particular flower originary from China. Osmanthus absolute, I'm lucky to have a tiny bit of if, is ipnotic, something to die for and only by far recalls a flower but the main facets are fruity, leathery and almost animalic like wrapped in a mesmerizingly soft velvet. Working on the intense oud finally bred the chance for both of them to marry into a hot magnetic alchemy. The resulting fragrance is complex, dry yet mellow, ruled by the balance of the two main components with their multiform aspects. 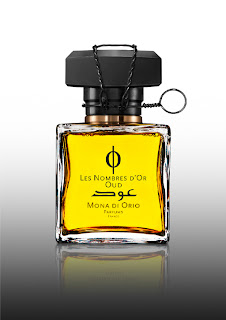 The opening is fresh with tangerine and petitgrain alluding to the greed and more aerial side of oud closely followed by the balsamic voice of pepper. The fragrance then gets warmer showing the floral osmanthus, but it's just a flight landing on apricot velvet lining a savage, millenary tree. Its roundness discloses the the animalic side of osmanthus embracing the one of the oud only hinted. This wood nectar is finally made more intoxicating by opoponax with its slighty medicinal sweetness coupled with somalian olibanum resin adding a balsamic touch that fixed the juice for hours on my skin with a sensual sillage.
Like for the best ouds, it'd be interesting to try this noteworthy fragrance in oil. Who knows if the adventurous Mona hasn't yet thought about it.
Invia tramite emailPostalo sul blogCondividi su TwitterCondividi su FacebookCondividi su Pinterest