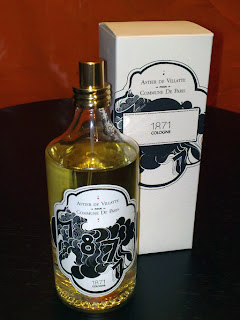 Finally summer has come with its long days and the heat and together with it also the usual roundup of eau fraîche, cologne and summer flankers of mass market fragrances that every morning unfailingly you smell everywhere in the tube, one equal to the other, one more detersive than the other.
So, since I typically like more sumptuous fragrances, every year I'm always wrongfooted by what to wear.  No problem whether at evening I indulge myself with dense smells that become even more bewitching in the heat, but during the day it's hard to pick one. I'd need a good cologne but how to couple lightness with depth?
During the last years afterwards in the mass market perfumery and not only, there has been a relaunch of colognes, a way to scent themselves associated to such an ancient ritual and thus unknown by the new generations of customers that can be reproposed by marketers as a wellness modern gesture. Fortunately there's also something interesting among thousand offers.

Just think that scented water was one of the first fragrances for themselves related to the (poor at that time) body hygiene. About aromatic waters obtained through flowers and herbs maceration we find traces during all the ancient times and so on till late Middle Ages with the Eau de la Reine de Hongrie (1370) famous rosemary themed vinagre created to heal the gout and rheumatic sufferings of the Queen. Later on the flourishing of colognes and the name linked to the german city of Köln will be due to the tone set by Caterina de Medici at the french court.

The cologne I want to tell you about instead takes inspiration again from France but we're some century later, in particular in the age that gave birth to modern perfumery together with the discovery of the synthetic molecules that allowed the maître parfumeur to get free from nature and create the first abstract compositions. Cumarine, a principle that can be found in nature in tonka beans, fruits of the cumaru tree (Dipteryx odorata) from which it takes its name, was the first synthetic molecule to be discovered and synthetized in 1868 by W.H.Perkin. Another molecule discovered in those years was the benzaldehyde, a substance that in nature gives to bitter almonds their characteristic aroma. 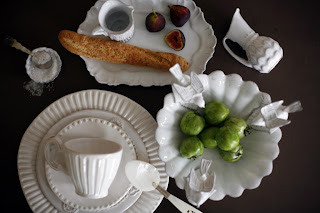 Astier de Villatte is a french maison that started producing table pottery in the very classic XVII e XVIII century inspired decorations, strictly in white baked clay and strictly with imperfections on the surface given by the hand made artisanal workmanship. On the wave of popularity of the pottery they thought well to complete their interior decoration offer with scented candles and in the end, true to their style, exactly with some colognes for the body. The one that first of all hit my fantasy and later my nose seducing it is 1871, year of the only socialist experiment in the administrative parisian history, the Commune de Paris to which it is named after,  but also year close to the discovery of cumarine with which it's loaded.

As a good eau, the opening is quite astringent with sicilian lemon mixed with bergamot and with the herbaceous and corroborating tones of rosemary. The surprising thing of this fragrance is how the simple structure of a cologne can become rich and original when loaded with the silkness of an ambery base. You can smell the citrus freshness as a trace even after hours, like a sparkling foam in a sea of tonka (cumarine) with elegant ambery reflections of cistus and patchouli giving it the humid warmth of mown hay and wood soil, coupled with benzoin (benzaldehyde) that almost makes your mouth watering by how it's crunchy yet not being as sweet as a pastry cake.
The base of the fragrance on one hand makes it a completely unisex cologne with an unusual character, on the other hand it recalls all the tradition of a golden age when great scents were concocted, first of all Fougère Royale (1882) created by Paul Parquet for the Maison Houbigant. Parquet wanted to use into a classic structure the newborn cumarine is huge amounts (seems like there was more than 50% of it the formula and almost 10% of the final product) to soften the dry notes of the severe lavender on top so to give the idea of a warm and shady underbrush and there it's even bolder thanks to patchouli and oakmoss. In this underbrush floats the smell of an imaginary fern that actually doesn't have smell at all in nature: so it's born a new olfactory family, the fougère one. Unfortunately IFRA since 2008 has restricted the use of cumarine to a maximum of 1,6% into a fragrance, you can guess this makes impossibile to recreate nowadays Fougère Royale or any other classic fougère as IFRA compliant. 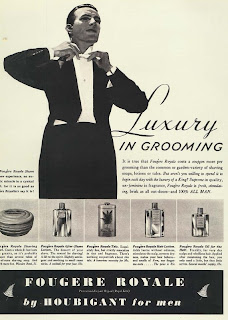 Despite not being technically a fougère (it also lacks lavender on top), 1871 brought me back to the sensations I had snelling Fougère Royale in its original formula from the Osmotheque, to that warm, humid and woody blast that runs over you with delight (in spite IFRA restrictions on cumarine that here must be close to the maximum allowed). The interrelationship with this heritage is so strong that I got fascinated so much that I thought if ever a Fougère Royale Cologne would have ever existed, it would have smelled quite close to Commune de Paris.
Other surprising pros are the good staying power that's also better than some eau de toilette, the simple packaging with the neat apothecary-like bottle artisanally made in blown glass and, for once the excellent quality-price ratio as a demonstration that is above all inspiration that makes an unCommunely  fragrance.
Invia tramite emailPostalo sul blogCondividi su TwitterCondividi su FacebookCondividi su Pinterest