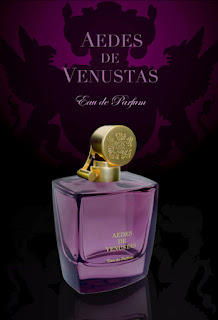 Going on with the review of the must sniff seen during this edition, with its simply captivating gold-aubergine flacon, Aedes de Venustas is for sure a name to remember. In fact the renowned american concept store decided to dare in every sense with its signature fragrance giving Bertrand Duchaufour complete creative freedom. As he confessed also during the making of to Denyse Beaulieu of Grain de Musc, Bertrand dreamed since longtime to push himself into a creative direction unusual even for him. The outcome is outstanding just like only a master can do it. As crisp as a just crushed rhubarb stem, the juice has a corroborating architecture empowered by a green pillar going top to bottom through it, dressed in iridescent reflections and firmly put on a very elegant neochypre basement.

It's all about the green trend Casbah by Robert Piguet that to my nose outstands the other four launches in the Nouvelle Collection. Taking inspiration from the moroccan souk Aurelien Guichard composes a vivace for leaves, petitgrain and tabacco, moved by a nice counterpoing of cold spices, cardamome, coriander and black pepper on a woody, incensy and slightly powdery base.
It ain't nothing new that Ralf Schwieger feels at his ease moving into the spicy-citrus tasty range. I simply admire the topnotes in Eau des Merveilles flirting with orange and pepper without giving way to any of them. Hearing he would have created a fragrance for Etat Libre d'Orange inspired by smell and flavours of food cooked by a devoted and smiling philippine boy made me curious. In fact in its own thoughtlessness, Philippine Houseboy is a gentle citrus yet not trivial scent coupling the tarty aspect of lime with the milky mellowness of coconut, the sparkle of ginger and coriander to the rosy umami taste of boiled basmati rice. Touch of genius is that soapy hint rising from the base that, together with the cumin gives it lasting power and warmth and gets it close to the sensation of the innocent, ambery embrace of a loving oriental.

On the contrary of the classic taste that prefers the zesty freshness of lemon, I've always been more into bitter citrus (again the trend for smooth citrus), bitter orange and grapefruit that also bears memories of my childhood. Maybe that's also why I liked Miller Harris Le Pamplemousse or maybe because of the new yellow packaging comes with a less serious composing style from Lyn Harris. The grapefruit accord is cheerful, juicy and is rendered with a multi-faceted texture going from the spicy pink pepper to the green petitgrain, from the white of orange blossom to the sage. 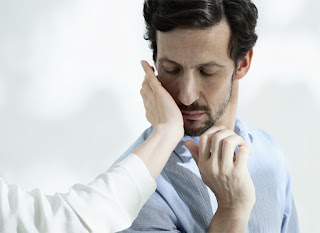 Again clary sage, again greenery joined by anisic and milky moods between mimosa and green almond: that's Candour, the new Humiecki&Graef fragrance inspired by affinity, that connection between two souls that just have just fondled themselves. Nice also the presentation Tobias Müksch and Sebastian Fischenich have chosen to give this idea of a caress.
Widely used in the masculine fragrances of the '70-'80s, sage tends to bear immediately in mind this period when it's prominent in a fragrance. I enjoyed a lot how the two Christophes (Hornetz and Laudamiel) reached to recreate the emotional suspence of this feeling thanks to its deep herbal aroma, almost resinous and mossy in a modern frame, sappy and floral on top then melting in almond milk and woods. 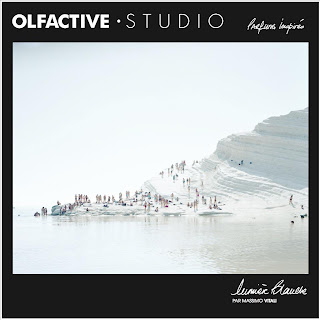 Decidedly woodier and oriental yet still under the milky notes chapter, I found Olfactive Studio Lumière Blanche as a well focalized "shot" into Celine Verleure's olfactory portfolio. The fragrance composed by Sidonie Lancesseur (Frapin 1270, By Kilian Cruel Intentions) at Robertet this time takes inspiration from a shot by Massimo Vitali taken at Scala dei Turchi in Realmonte in Sicily. The immaculate light refracted by rocks and water translates into an opaline liquid amplifying also visually a troubled smoothness. Cedarwood and Sandalwood lapped by milky balsams, get warmer and almost human while blazing spices on top are like morning light flashes. Incense glues the base to the skin and wraps it in a mystery trail.
Invia tramite emailPostalo sul blogCondividi su TwitterCondividi su FacebookCondividi su Pinterest