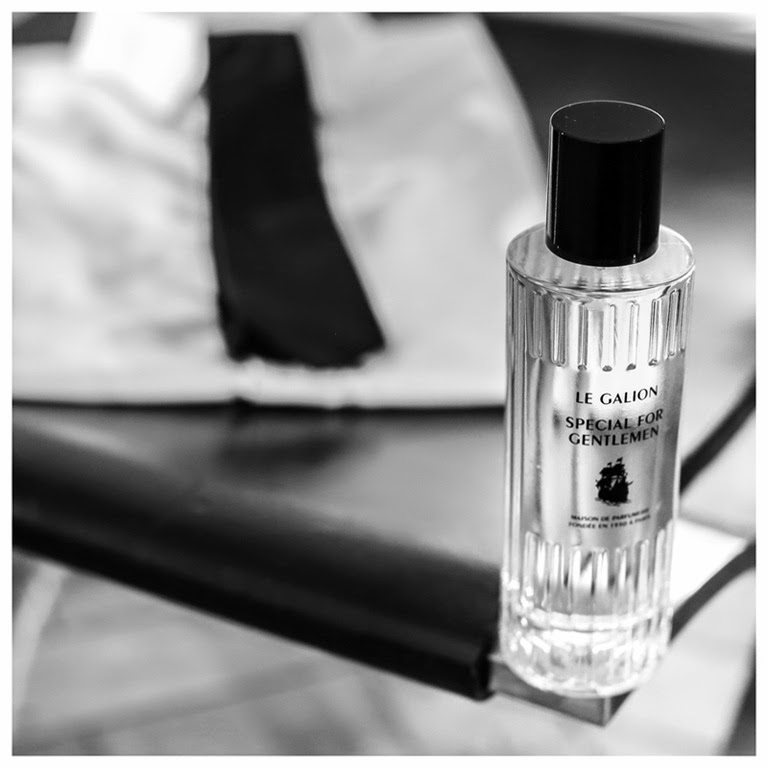 Special for Gentlemen was the first masculine fragrance the Le Galion introduced right after the WWII but it would be difficult to tell from which era it comes if it wouldn't be for the unmistakable galbanum chromings so in fashion in 1947. Its timeless elegance could come from the belle epoque as well as from the '60s and it's shaped on the olfactory backbone of ambery-animalic lavenders sprung from my beloved Jicky. One spray is enough to realize that Special for Gentlemen is like the clean-shaven Cary Grant of To catch a thief: maybe he's not so young but who cares when you're so stilish you can climb roofs with not a hair out of place and you can seduce young heiresses with sneaky ways?

There's also the smell of citrus and lavender from the french riviera hiding here like in the movie and in the Guerlain the feline hand under the clean face. The aromatic opening and the spicier heart fade to a sophisticated animalic cloud of warm musks twisted by the caramelized smoke swirls of vetiver and opoponax. The eau de parfum remastered by David Maruitte (Laboratorio Olfattivo Décou-Vert and Salina) has an excellent lasting power and you can still enjoy at sunset the powdery sweetness of vanilla, the last embrace of this charming lady-killer. 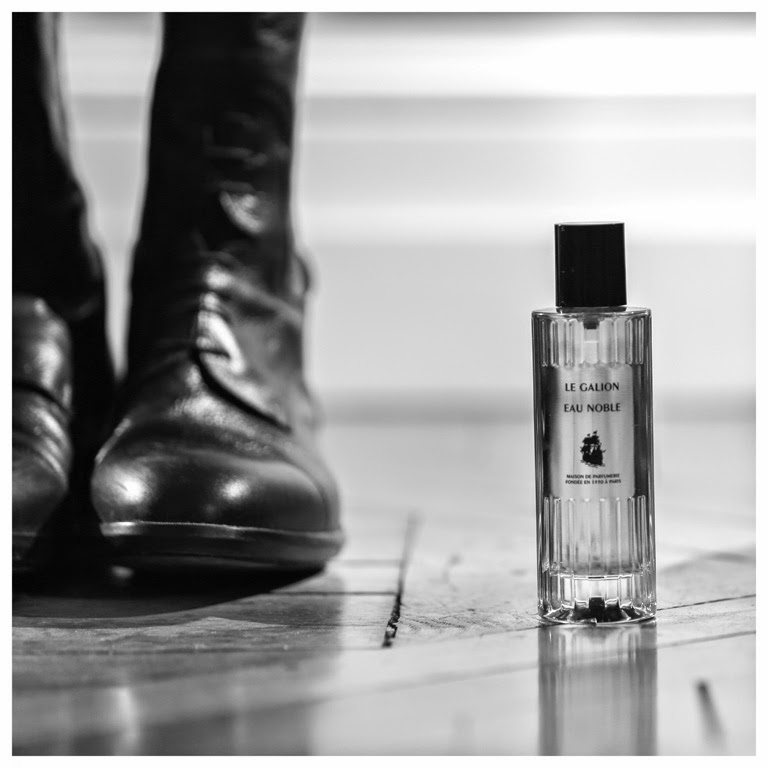 Talking about perfumes, the '70s are a fruit of the emancipation of women with a consequent olfactory sexual blur setting the green-hesperidic family as the common ground where have bloomed scents like Eau Sauvage, Eau de cologne by Hermès (now Eau d'Orange Verte) and Ô de Lancôme loved by both men and women for their freshness and subtle character.
Unisex by nature even before the word unisex was in fashion, since ever there are two flowers totally shared in perfumery: carnation and geranium, spicy the first, aromatic the latter. In 1972 Paul Vacher choses the latter for the heart of Eau Noble and wraps it with an nonchalant yet complex harmony. The atmosphere Marie Duchêne gives to her reading of Eau Noble is the relaxed one of summer mornings under a shed in the countryside with velvety geraniums, wearing light dresses and reading books undisturbed among lemontrees  and the opaque silvery sage standing out from the other kitchen herbs. From the distant garden the freshness of lavender brings the shadiness of foliage and the smell of harness from the stable mixing here to a subtle dry chypre base bearing the earthy facets of isobutyl quinoleine giving it depth.

To celebrate the rebirth of Le Galion and give to some of you the chance to discover in advance the other fragrances, I decided to make you a gift. Among all the people who will leave a comment to this post within a week, I will draw three lucky winners that will get three samples of the soliflores Iris, Rose and Tubereuse remastered by Thomas Fontaine. Welcome back Le Galion!
Invia tramite emailPostalo sul blogCondividi su TwitterCondividi su FacebookCondividi su Pinterest

Interesting write up.
I've only tried vintage Sortilege which was nice enough but nothing to write about. It is a fascinating relaunch though, one wonders if they'll manage to recapture the past.