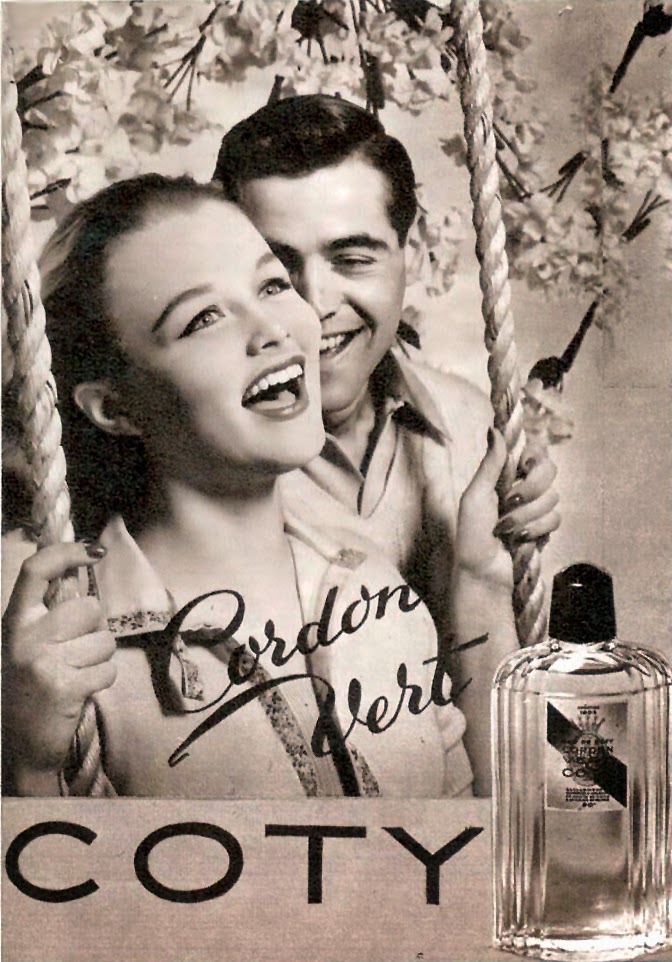 The last year while I was digging into the world of Edmond Roudnitska and his masterpieces, I also began to be curious about some of François Coty cretions out of the famous L'Origan, Ambre Antique and Chypre. Everything started with Serge Heftler-Louiche who enstablished Dior Parfums after working as Coty's personal secretary and managing director for Coty France. He was partifularly fond of Cordon Vert to the point he asked Mr. Roudnitska to take inspiration from it for the third Dior perfume, Eau Fraîche. Unfortunately I've not yet come across a well preserved bottle of Eau Fraîche, but since then the name of Cordon Vert rolled more and more like a drum in my head. Later on when I remembered even Guy Robert puts it in the selection of perfume masterpieces in his Le Sens du Parfum, I couldn't help but hunting for a bottle.
﻿
﻿ 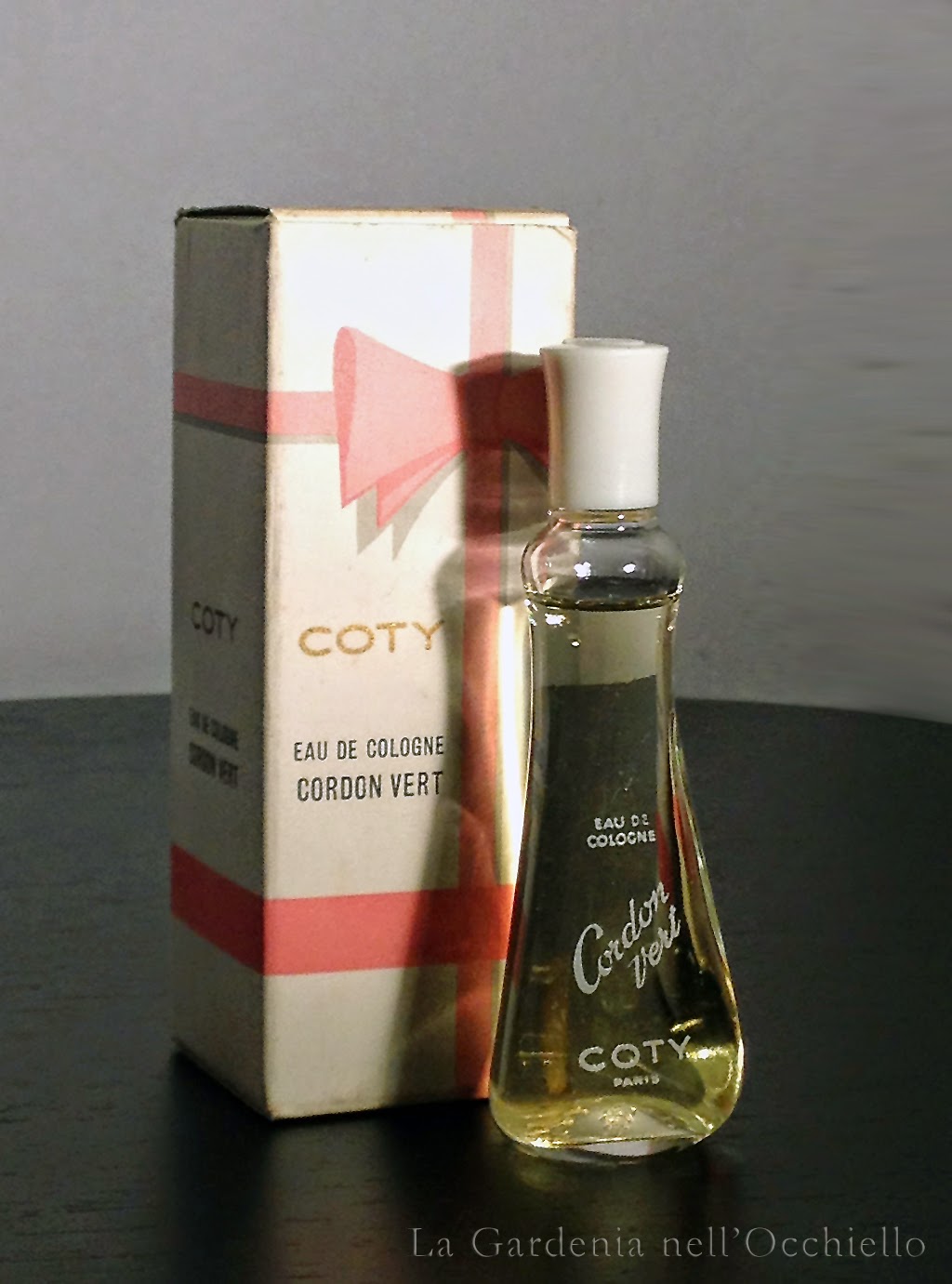 Even though some flacons report 1905 ad the creation date, many sources date Cordon Vert launch to 1909-1910 together with the one of Cordon Rouge, but surely the green colour brought it good luck making this hesperic-spicy fragrance survive to two worls-wars, repackagings and probably some reformulations, till a few decades ago when it was discontinued. What I found by chance is one of those travel small flacons my friend Nyneve tells me they used to sell also in country drugstores, in memory of the hygienic and therapeutical perfume primary goal similar to galenic preparations. The humble box from the '50s printed with a simple bow decoration is anything one can imagine as far as possible from the huge success Cordon Vert instantly faced in Russia at the time of Nicholas II. Yet its content "made exclusively of essences of fruits from Sicily and flowers from France" as reported by some labels, seems just squeezed and a few drops are enough to let in the air the unmistakable euphoria of mandarin.

The joyful opening of citrus, lemon and bergamot, is ruled by the sweet juiciness of mandarin and the almost balsamic edgy freshness of petitgrain. Verbena, lavender and jasmin play a mediterranean mandolin pizzicato, whispering in background giving depth and setting the cologne balance perfectly across masculine and feminine.

Lasting power is not a feature of this kind of fragrances that were originally meant as a chilling blast and even more to scent handkerchiefs and therefore made to last enough on fabrics. In fact the freshness of Cordon Vert soon fades on skin to a powdery ghost of patchouli and moss, echoed by a far away rosy carnation, elegant and discrete like the carefree sweethearts in the '50s advertising on top.
Invia tramite emailPostalo sul blogCondividi su TwitterCondividi su FacebookCondividi su Pinterest